I ran the Space Coast Marathon on Sunday.

The Space Coast Marathon takes place in Cocoa, about 50 minutes from Orlando. Michelle and I registered for this race almost nine months ago, back when we thought we wanted to run it. But the closer we got to the race, the more it sounded like a terrible idea, particularly around the holidays and after another marathon that took every last bit of running energy we had in us. So let’s just say we didn’t go into this race with a positive attitude.

Since there was no packet pick up on race day (lame), Michelle drove out to Cocoa to get our packets on Saturday. On Sunday morning, I woke up at 2:30 (kill me), got ready, and picked up Michelle and Tyler by 3:30. The race didn’t start until 6:30 but according to our pre-race emails, parking fills up early and we wanted to park close to the start to avoid taking the shuttle from the farther parking lots. Our plan worked out because we got rock star parking and the lot we were in filled up about 10 minutes later. 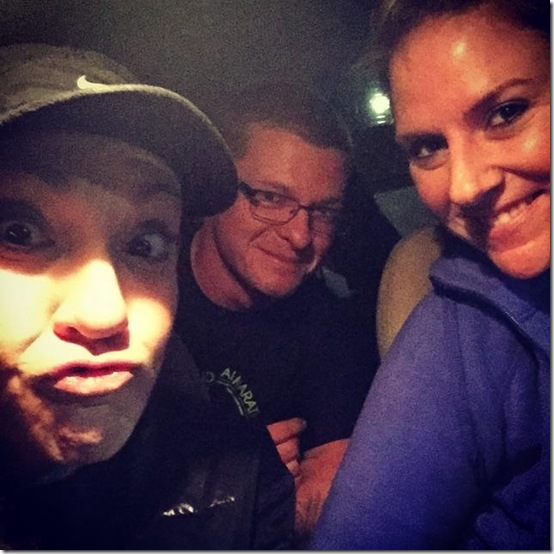 We waited in the car for awhile to keep warm and Michelle and I pumped Tyler up by singing Paula Abdul songs to him. Tyler was begging for us to sing to him more but we told him, no. We have a race to run. So we stood out on the curb for awhile while Tyler put on his shoes and bib and did other things we didn’t understand why he couldn’t do them in the car. Tyler is a secret race diva.

We still had plenty of time to kill, which was fine. I’d rather be early than late. We did the usual before a race – ate breakfast, used the porta potty, walked around aimlessly, and took pictures.

During our aimlessness, I randomly ran into Matt.

This was my first time meeting Matt in person. A couple years ago, we both ran the Disney Tower of Terror 10-miler. He was standing in front of me so of course I photo-bombed his selfie. A couple days later, he found my blog and commented. I checked out his blog in return only to find myself in the background of one of his pictures. Small world for sure. The rest is history as they say.

We watched the half marathoners start and finally it was time for us to line up.

Tyler was super nervous since it was his first marathon. This is him freaking out.

He’s single as a Pringle, ladies.

The National Anthem played and the sound of the shuttle lifting off was our signal to start. The course is two different out-and-backs on a road with houses you could never afford on one side and the Indian River on the other side. It was very scenic and pretty, except for all the rolling hills. Those weren’t pretty.

Usually I don’t mind out-and-backs, but for a marathon it’s not the best motivator. I was feeling pretty good for the first half of the race.The first seven miles were very crowded on a narrow two-lane road. There were a few times times when I was stuck behind slower runners because my lane and the oncoming lane were so crowded that there was no way to pass.

The 4:30 pacer passed me pretty early on but I decided to concentrate on my music and the view more than anything. Around mile 6, I caught up to him, which I didn’t expect. Then I passed him (probably not the best idea) and stayed ahead of him for the next eight miles. Everything started going downhill around mile 14. The shade was few and far between and it was getting hot. The 4:30 pacer passed me at 14.5 and I shouted a big “ah shit” as he passed because I really thought I had a decent PR in me for awhile there.

At mile 18, I stopped at the port-a-potty and from then on, I walked every water station and then some. By mile 20, I was still lined up for a PR but the the last six miles were so miserable, I couldn’t keep running. I walked half of the last six. It was so hot (74*F by the time I finished) and I was wiped out. I used the same running nutrition as I did in Chicago but it wasn’t enough for this race. I kept telling myself over and over, “no more fucking marathons!”

When I had three miles to go, I texted hubs a sad face. 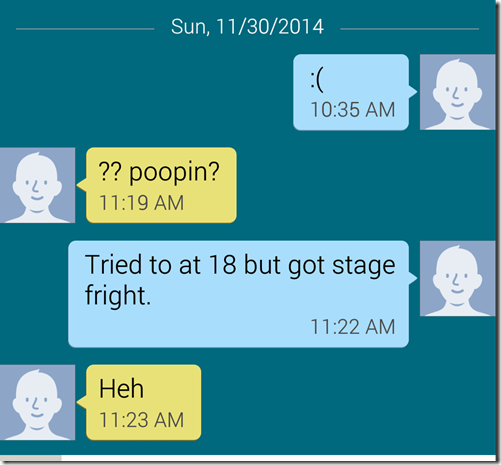 The last part of the race is called the lunar walk, where you run through a brick walkway. Michelle was there waiting and cheering for me which was awesome! The crowd in that whole area was awesome. I kicked up the speed and passed everyone in front of me, which was fun. I even heard someone shout, “That’s right! You lap them!” Passing people at the end is my total fave. I finished in 4:43:19, six minutes slower than Chicago. Super disappointing.

After the race, I found Michelle, Tyler, and Victoria. Or I should say they found me because I was a bit spaced out. (Ha! Get it? Spaced out.)

Tyler and Victoria both ran sub-4:00s like a boss and Michelle ran a 4:20 with a bad foot.

The race had a really great after party with beer and pizza and all sorts of other goodies. We all hung around for a bit and chatted until we were ready to walk back to the car. 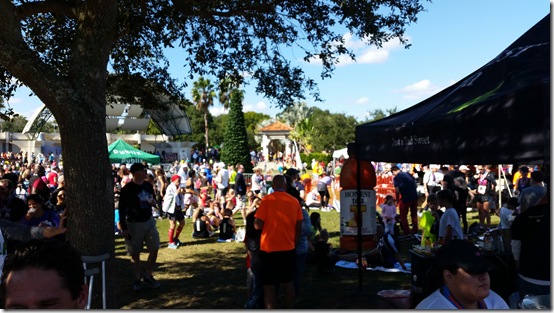 Oh and ladies, Tyler will hold all your babies.

I think if I did just one thing differently during this race, I would have stayed behind the 4:30 pacer instead of passing him. In retrospect, that wasn’t a bright idea. (I totally blame the song Bounce from Iggy Azalea. That song makes me run-dance, which is basically just punching the air while lip-syncing.)

While there were some great things about this race (like lots of awesome volunteers), overall I didn’t care for it. I might consider the half but there’s no way I’d run the full again. The course is pretty but the two out-and-backs suck. There were also all sorts of random bikers and cars weaving through the runners. Runners in the oncoming lane were shouting “car back!” to warn us. I was literally running next to a truck for a quarter mile. I don’t even know how they were allowed on the course. Once you pass the finish line, there were so many random non-runners loitering around and making it hard to get through the area. The last thing I want after I just ran 26.2 miles is to be stuck in a non-moving crowd when my heart rate is through the roof because I just sprinted the last quarter mile. That whole area should be blocked off to spectators.

If anything, this race really showed me that I could run a 4:30 marathon. If I was only six minutes off Chicago with a stop at the port-o-potty and a ton of walking (which I didn’t do in Chicago), I know I have it in me. I’m not sure if I’ll have the chance to try again or not. I told myself this would be my last marathon, so we’ll see. I’m already forgetting how miserable this race was and I’m replacing those memories with things I liked about it. Race amnesia is a real thing, ya’ll. 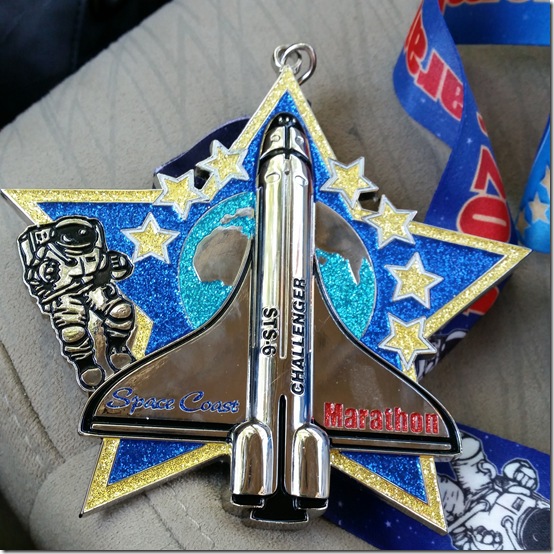