I finally got to watch a movie last night. An old, already on DVD movie. But a movie none the less. It’s been a long time since I’ve seen one. And even longer since I’ve gone to the theatre. I think they the last movie I saw at the theatre was like, Top Gun.

So, hubman and I ignored our beloved DVR and watched the Netflix movie that has been on our coffee table for three months now. 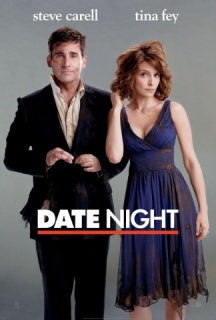 Speaking of Date Night, why do married couples always say they are going on “date night?” You’re married, man. There’s no dates anymore. You gave dates up. Now you just have dinner somewhere other than the coffee table.

Wait. What was I talking about?

This one stars Steve Carell and Tina Fey. The movie is about a married couple who go out to a swanky restaurant without a reservation. They pretend someone else’s reservation is theirs and the familiar case of mistaken identity ensues.

The plot isn’t anything new (Mystery Date, anyone?) but it’s still funny. If you like The Office or 30 Rock, you’re going to like this movie. The humor is the same, minus the “dumb” part of Steve Carell’s characater Michael Scott on The Office.

And if you’re like me, you’ll appreciate some of the fun cameos like James Franco and Mila Kunis. 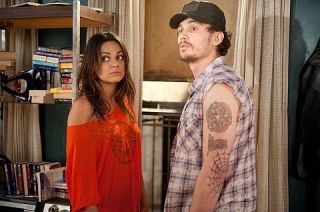 And Mark Wahlberg as a guy who never puts his shirt on. 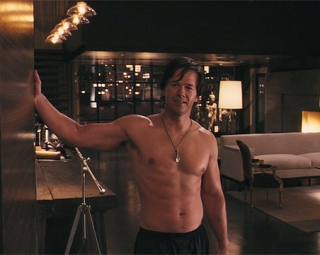 I liked this movie way more than I thought I would. There were parts of the movie where I was laughing so hard that I started tearing up. And this time it wasn’t tears of sadness because of Mark Wahlberg’s performance.