That Time I Cried Over a $15 Hamster 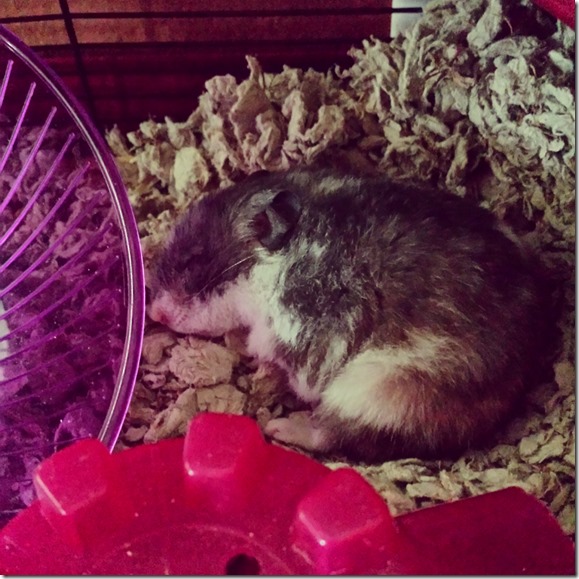 Ok, we call him Hammy or Hamms because we’re lazy (see also: Pants).

Thursday he didn’t eat breakfast (I give him a little piece of broccoli, carrot, and lettuce every morning). About 75% of the time, he waits for me by his food bowl but when he doesn’t, I don’t think anything of it. Thursday night, he didn’t eat his treat so I knew something was wrong. Friday morning, he was sleeping in a strange spot in his cage. He always hides in the back but he was sleeping up front by the door. When I picked him up, he let me hold him which he hates. I don’t know what it is with me owning animals that hate to be held but the dude will try to squirm away until you put him down. Then I noticed he wasn’t opening his eyes so of course I freaked out and woke hubs up.

While I was at work crying all day and worrying about a damn $15 hamster, hubs did some online research to see what was wrong with him. According to the internet, it could be anything (helpful). We think it could be old age (he was a rescue so we only know he’s at least 14 months old) or a cold or maybe cancer. Hubs went out and bought some baby food, yogurt, and saline solution. We used the saline solution on a cotton ball to wipe his eyes to see if we could get them to open again. It took a day, but they did! Since then, we’ve been feeding him baby food and yogurt 3x a day and giving him water with a dropper. He eats a little bit of his hamster food on his own but not much. If this little dude is going to die, it is not going to be of starvation or thirst on my dime. 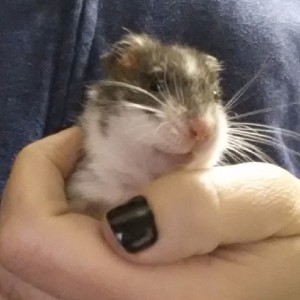 He’s overall better. His eyes are open and look better and he’s back to squirming away from us when we hold him but he’s still not normal Hammy. I’m thinking the outlook is grim. 😦  My heart cannot handle the death of adorable pets. I need an ugly pet. Or a parrot. Those will outlive me.

Anyway, that has been my weekend: worrying about that little jerk. Damn you for stealing my heart, Jon Hamm!