I spent my weekend being a 9 out of 10 on the lazy scale. I rarely have weekends in which I am that unproductive and useless to society, but I managed to get next to nothing done.

The lazy started on Wednesday, because why wait till the weekend? Hubs was out of town for business all week, which meant I couldn’t watch any of our normal shows because we watch them together. I generally try to avoid new shows because my life is consumed by enough TV and not enough social interaction, then along comes Jim, who recommends a show I’ve never heard of. 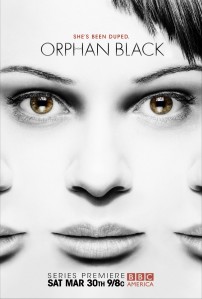 It’s free on Amazon Prime video, he says. Just check it out, he says. Well, I did and three days later, I’m done with season 1. Hot damn that show is fun. So if you’d like to suck away three days of your life shirking all responsibility, I’d highly recommend it. Season 2 is also on Amazon but it’s not free for Prime members and it’s $3.00 an episode. I just want free stuff! Life is so unfair.

I’ve also never used the word shirking before and I gotta say, it felt good.

On Friday, I had my trainer work on that knot in my calf that is making running suck. Usually he just foam rolls my calf because he’s able to put so much more pressure on it than I can at home. I mentioned before that he tried to work the knot out with his thumbs and gave me a 3-inch long bruise in the process. Despite the bruise, my calf pain diminished by 70% after that so I asked him to work on it again now that the bruise is gone. It was super painful, expletives flew, and I have another bruise, but my calf feels so much better now. I don’t want to jinx it and say it’s 100% better buuut it’s leaning that way.

Saturday I was so worn out from barely sleeping all week (when hubs is gone, I just lay in bed and think every noise I hear is an intruder), that the day involved lots of napping and leisuring on the couch. I even finished another book. 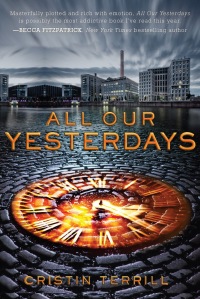 All Our Yesterdays has been on my GoodReads read list for a long time. I don’t remember putting it there and it wasn’t recommended to me but I thought I’d read it anyway because I like danger. The danger of non-recommended books. It was really good. It’s a young adult book about time travel. It’s nothing life changing – just a good, fast read. Oh, and it’s not a trilogy so it was nice to finish a book and be done with it for once.

On Sunday, I got off the couch briefly to run 7.5 miles on the treadmill. Those were some long, boring miles but if I don’t have a friend to run with outside, I run with my three besties inside – the AC, the toliet, and the TV. I’m building mileage for the start of marathon training at the end of the month. The run was decent for the treadmill and more importantly, I did not feel ANY calf pain during or after the run. I was so relieved.

Sunday was Father’s Day, of course. I’m not a fan, mainly because mine isn’t around anymore. All the pictures of dads and daughters posted on FB and Instagram make me sad. I’ve been thinking about writing a post about my dad, especially since I’m running Chicago in his memory and so many of you were kind enough to give to my fundraiser. Maybe that post will happen; I’m still thinking about it. In the meantime, I went through my pictures to find ones of him. I think I mentioned before how he made instant friends with anyone? Well, that goes for animals too.

That’s the double-pet. The cat and dog were usually sitting on either side of him and my dad would have both petting hands going at once. I ran across three pictures from different times exactly like this, which I found funny, so I thought I’d share.

Anyway, Father’s Day wasn’t all bad. We were lazy most of the day, had a nice dinner with the in-laws, and watched the season finale of GoT. I just love Tyrion.

Now on to season 2 of Orange is the New Black.