I had a fabulous birthday in which I was definitely intoxicated enough to forget how old I’ve become. 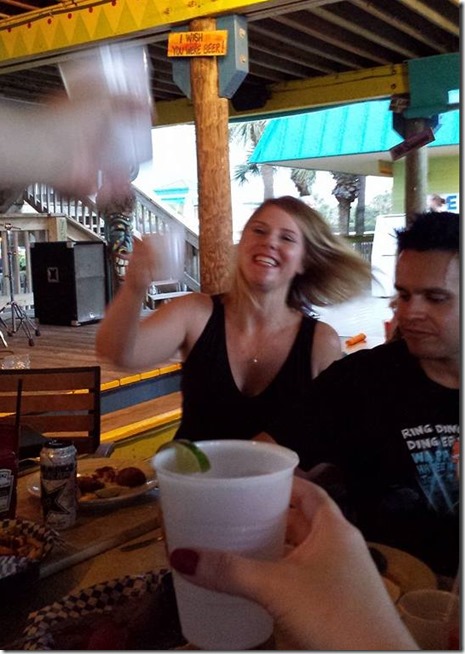 Seriously, how did this picture even happen? I’m very excited about that shot in my hand. Am I in the wind? Did I whip my hair back and forth?

That gif makes me laugh a lot.

Hubs and I drove out to Cocoa Beach and stayed at one of the hotels out there for a quick little birthday getaway. Over 10 of my favorite people came out to help me celebrate, so it was a good time. We spent the day at the pool. 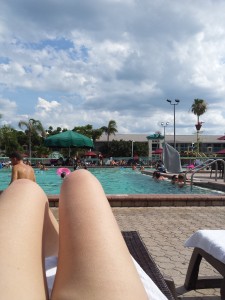 Yeah, the beach was right there but the pool had a bar and bars win. At night, we hung out at a few pubs and enjoyed drinks paired with general laziness.

The whole Rhonda thing doesn’t show any signs of slowing down. 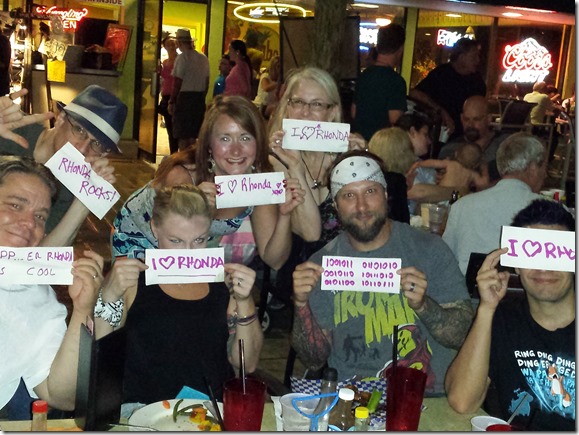 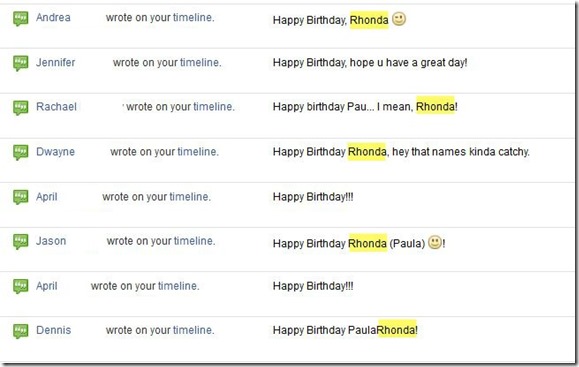 We got a lot of comedians out there.

By the end of the night, I was answering to Rhonda on instinct. Also, I was told that I was offered donuts and declined them. I’m not even sure if that’s true or not. Paula would never do that but maybe Rhonda would. I’m not liking this Rhonda chick so much anymore. Forty-seven more days I can be my donut-accepting self again.

The next morning, we all went to IHOP, which I think is just what you do after a night of drinking. I mowed down a lot of pancakes. So, so many pancakes. That made up for the lack of donuts the night before. 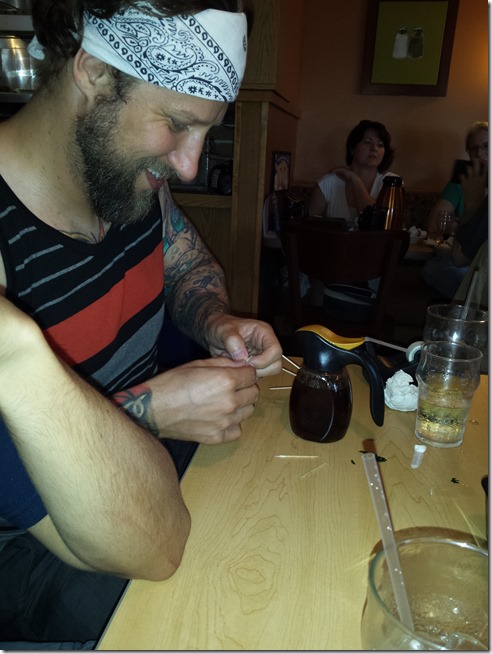 I hope the next people at our table enjoyed their syrup. 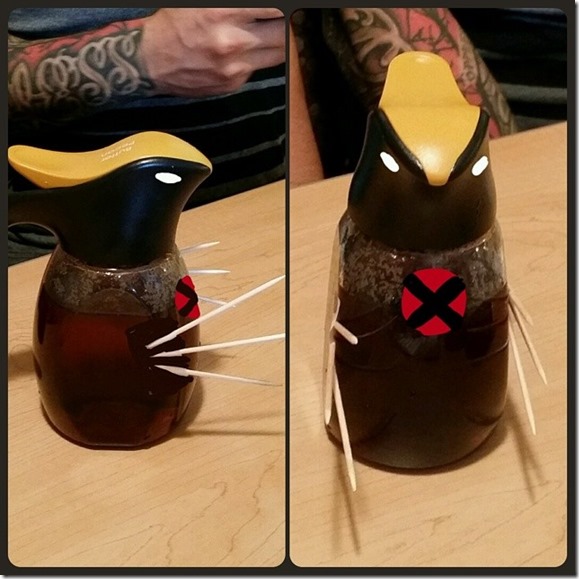 Besides all the IHOPing and beaching bar’ing, Hubs and I saw The Fault in Our Stars on Friday night. I can’t even with that movie. I felt like my heart was ripped out of my chest and stomped on for the last 30 minutes.

The dude that played Augustus was just about the most adorable thing ever and he was perfect for that role. So the movie was really good (and hubs even liked it) but I’m just not emotionally equipped to handle that crap in public.

On Sunday, we saw Edge of Tomorrow, which I liked a lot. It was fun and I dig a good Tom Cruise action flick. Oh, and I didn’t cry during it. That was a nice change. Overall a really good weekend but I’m sad it’s over because that means my movie picking privileges have gone from 100% back to 50%.

A last note for anyone who’s local: Michelle and I will be at the Mellow Mushroom on Wednesday from 5:00-9:00pm. Well, maybe not the entire time, but we will be there for a lot of it. If you come in during that time and say you’re with spirit night, 10% of your bill will be donated to the charities we’re supporting for the Chicago Marathon. So come on out and have a beer with us. 🙂

15 responses to “Another Year Older”