I try really hard not to number things all the time, but it’s hard to write a post with one cohesive thought. The numbers – they call to me…

1. I bought my plane tickets to Chicago, so I guess I’m really running this thing.

My calf feels a lot better but it’s still not 100%. I can at least run on it now, but it feels tight afterwards. I was able to do 150 wall balls and box jumps last night, so it must not be that bad. Still, I don’t want it to get worse so I’m trying to baby it 80% of the time. Hopefully it will be all better by the end of this month.

Each time it’s been someone different, so it’s not even a fluke. I must put off a really strong Rhonda vibe.

Each time I’m Rhonda’ed, I update my Facebook status to document the continuging saga of my Rhonda-ness. This time around, I mentioned that it would be easier for me to just change my name. So I did, because I thought it was funny. And it was. Until it wasn’t. Did you know you can only change your name every 60 days on FB?  Yeah. So now my name is Rhonda on FB until the end of July.

Joke regret. I gots it. Now everyone either calls me Rhonda or asks if I changed my name. The Rhonda that I work with even changed my name tag at work. So that’s gonna be fun for the next 60 days.

3.  Lately, I’ve been reading a lot more than usual. I finished Red Rising (at Michelle’s recommendation). 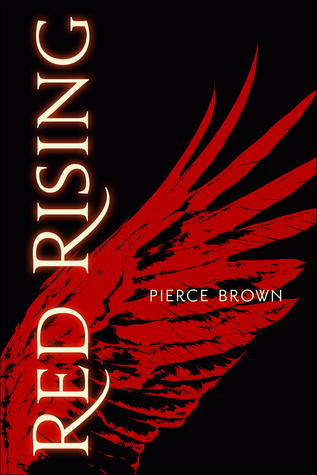 I loved it! Red Rising is a trilogy so don’t read it yet unless you like waiting. The second book doesn’t come out until January. It was hard to get into at first and I stopped reading for awhile because of that, but Michelle insisted it was great. So I begrungingly picked it back up and I’m so glad I did. The characters have their own slang that’s hard to understand at first but once you get past Chapter 4, it really picks up and eventually turns into a Hunger Games type thing (but in a good way, not in a total rip-off way).

Because of course I did. #fangirl. I LOVED it despite the terrible title which had very little to do with the book. It’s just like reading an episode but with F-bombs. If you liked the show or the movie, you’ll like the book. I hope Rob Thomas writes more because me wanty.

I mentioned awhile back how this is the best book I’ve read in years, so I need to see this movie in a bad way. Plus, Saturday is my birthday so there’s no way anyone can say no to me. It’s my weekend and Paula (or Rhonda, whoever) gets to pick the activities so hubs better pull out his crying and romance pants, cuz we’re going to the movies.

6. It’s a birthday weekend movie extravaganza, because Edge of Tomorrow comes out tomorrow and I really want to see that too. I love me some sci-fi action and I love Emily Blunt, or at least, I think I love her. I might just love her because of her husband.

12 responses to “By the Numbers”