1. My training plan for Chicago is donezo.

This plan is a combination of a Smart Coach plan and last year’s Marathonfest plan (my old running group). This time around my training is six weeks shorter (so I don’t burn out again), I’m dropping one day of Crossfit (Friday) for rest, replacing one speed run for an easy run (Tuesday), and adding a short run on Sunday if I feel like it. Which I probably won’t. My main focus will be on that Thursday run, which will likely be tempos unless I’m bored, since my goal is to get faster this time around and tempos have worked for me lately. 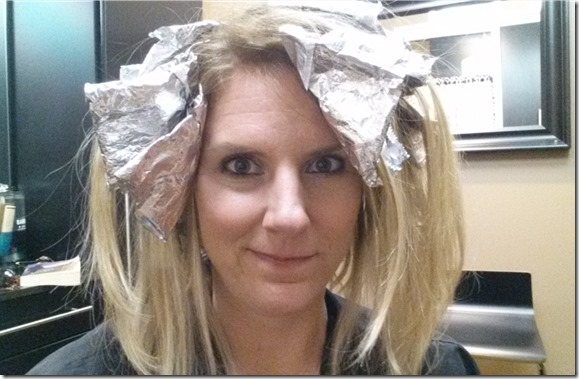 And then I went out for a beer afterwards, so I forgot to get a picture of the finished product. So my head in tinfoil is all you get for now.

3.  I moved to a new building at work. That makes four moves in seven months, not that I’m counting.

4. I finished reading The Lovely Bones. (Sorry in advance for this one.)

I wish I was part of a book club so I could bitch about this book for hours on end. A lot of people told me the book was haunting and that it really stayed with them after they were done reading it and I gotta say, that got me excited to read it.

Well, it stayed with me alright. Only because it annoyed the shit out of me. I didn’t find it haunting. That’s a strange word to describe it in my opinion. Anything that could have been haunting was described in such a sugar-coated way, that it took all the impact out of the words. It was definitely disturbing –  for about three pages, but beyond that I felt like I was reading a bunch of useless information to eventually get to a paragraph that forwards the story.

First, the dad takes the mom back.

She was a cheater and a barely-present mother. In fact, she left him for FIVE years and during that time, he fell in love with her “all over again” by looking at her picture. Pllleeease.

Then, Susie, who was raped and cut into pieces at 13 yrs old by the way, comes back from the dead briefly by inhabiting Ruth’s body and has no problem using Ruth to bone the guy she had a crush on before she died. So when it’s someone else’s body, I guess it’s ok.

Speaking of that ghostly sex scene, this happened.

And the killer dies, not because he’s killed tons of girls and gets caught, but because he loses footing and freezes to death after an icicle falls on him?

I can’t even with that book. 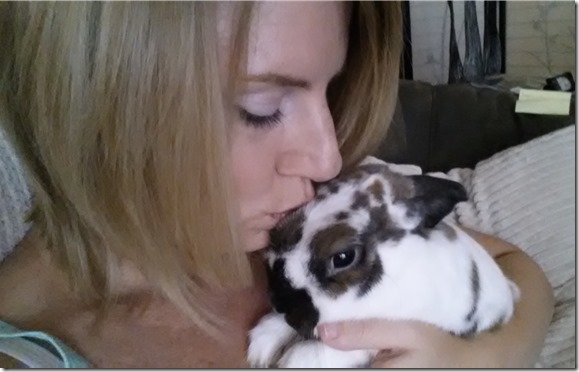 She’s been a pain in the ass lately by digging out all the litter in her litter box, so we make her cuddle when she’s bad. She hates it so much, which you can tell because her ear is back. She knows when it’s coming too because she tries to hide. YOU CAN’T HIDE FROM MY LOVE, PANTS.

6. I was behind this car the other day.

Is that, like, the divorced version of the family sticker? Or the single parent version? Because it’s awesome and more men should let us know if they’re single by displaying it on their car.

16 responses to “By the Numbers”