The Rest of the Fun

Now that I’ve told you about all our cruise excursions, you’d think I’d be done talking about this vacation. But nope. We had three full days at sea that I haven’t even mentioned. I had two more posts drafted, but I felt like that was a little excessive. So instead I’m going to sum up the main points in one post. One. long. post. See? You don’t have to hear about my vacation any more after this. Unless you want to… (call me!)

1. I bought two books before the cruise in anticipation of reading by the pool for hours on end.

That didn’t happen. I never even went in the pool. I walked by it many times to get to the bar but actual relaxing by it didn’t happen. We spent most of our time eating (so, so much eating) or hanging out at a pool deck table chatting with Linda and Jimmy. 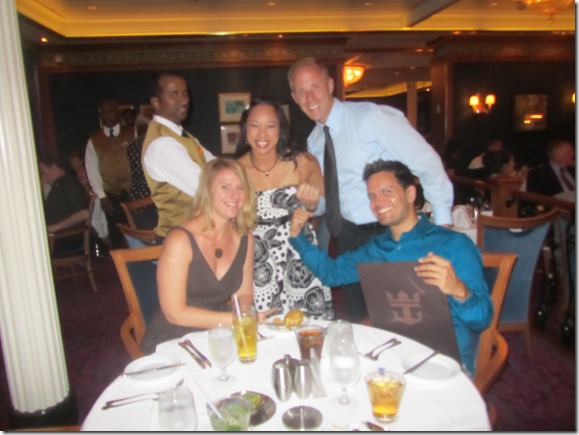 That’s our waiter, Anthony, posing with us. He helped us all eat five meals a day. It was ridiculous. Even when we tried to be good, it was impossible because he was hell bent on feeding us. If one of us didn’t order a certain course (like a second appetizer or meal *gasp*), he’d bring out what he thought we might like so we wouldn’t be “lonely” watching everyone else eat.

3. I ate something I said I would never eat. Snails, dude. 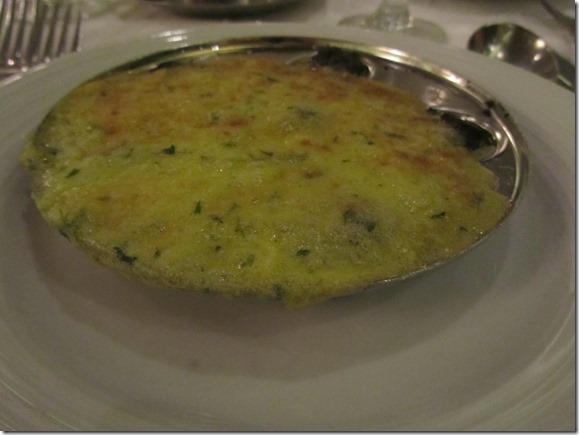 I’ve been saying no to trying escargot for 10 years. I cannot deal with little, black, slimy things that look like hot garbage on a plate, but Linda insisted. So I gave in. The verdict: I ordered them every day for the rest of the cruise. Damn those things are good. Where have you been all my life you delicious, butter-drenched delights? If cruise escargot is that good, I can only imagine what non-cruise escargot tastes like. Also, that picture should explain why I’m not going to do a food post.

4.  At the Belly Flop contest, I captured this amazing shot of a man giving birth to a leg. 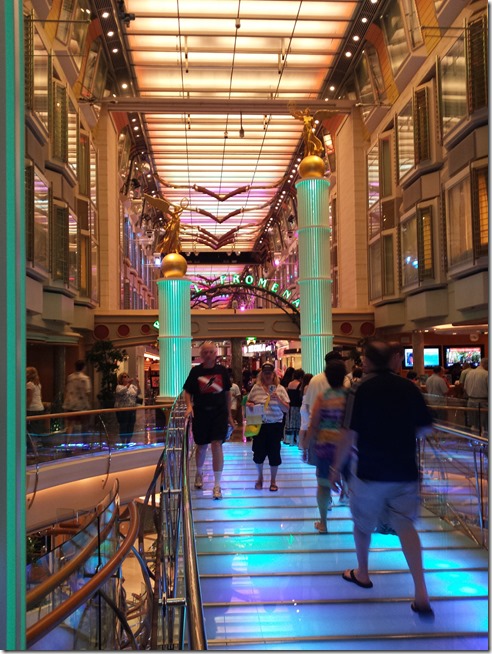 We spent a lot of time on Deck 5. The cupcakes were not included with the cruise food which did not deter me. I still bought many of them.

6. Linda and I worked out five out of the seven days on the ship since we pretty much stuffed our faces for all seven days. It is unusually hard to eat that much. That it something I never thought I would say. I mean, I wasn’t so hard that I didn’t do it. That would just be ridiculous. 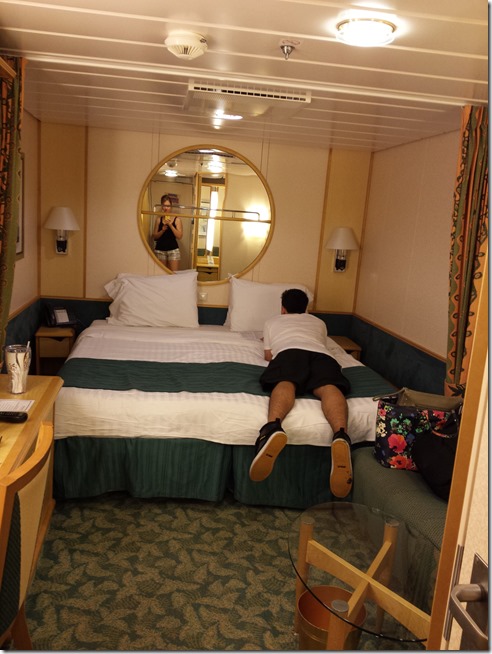 That means hubs and I were climbing a ton of stairs daily to get to Deck 11, which had the breakfast and lunch buffets, and Deck 12, which had the pools. By the time we climbed nine flights of stairs, we were panting and sweating. I have never worked so hard to get to a buffet. We did this at least three times a day. All the Crossfit and running do not prepare you for stairs. Stairs are the devil.

8. We went to four shows while we were on the ship. We saw a variety show, a comedy act, an ice skating show, and a dating game type show that was pretty entertaining. I didn’t take any pictures of them, so here’s a picture of Linda and I instead.

9. We spent most nights at the bars. Although, I feel like that goes without saying.

10.  Speaking of bars, hubs, Jimmy, and I all got the Premium Inclusive drink package.

Premium Package ($55 per day): includes house and premium cocktails (up to $10 value), frozen cocktails, beers, premium wine by the glass (up to $12 value), nonalcoholic cocktails, bottled still water, fountain sodas with a souvenir Coca-Cola cup and a 20 percent discount on wine bottle purchases.

Not cheap, but I still thought it would be cheaper than paying as we went. The package equaled about five drinks a day from my online research estimation. I didn’t plan to drink every day, but I’m no lightweight so I thought I could easily average that and make up the difference with bottled water.

Turns out drinks were way cheaper than I expected (and they had happy hour drink specials). So the package is worth it if you can drink eight drinks a day. Drinking eight drinks a day is hard, ya’ll. Of course, we didn’t want to lose money, so it became a challenge to drink as much as we could to get our monies worth. So yeah. Bad idea with the drink package. It would have been way cheaper to pay as we went. Live and learn, I suppose.

11. If you go on a cruise, bring cold medicine just in case. NyQuil was nineteen dollars on the ship. NINETEEN! Dying was cheaper, so I drank orange juice and suffered.

12. I saw Frozen. We all watched it on the big screen at the pool the last night which was a fun way to watch. So now I’ve caught up with the rest of the world.

We needed a break from the buffet and dining room but I think our JR waiter was friends with our regular dining room waiter because he kept bringing food we didn’t order too. We wanted a burger each and chili fries to share. We ended up with chili fries, regular fries, a bowl of ranch dressing, onion rings, four shakes, apple pie, and an extra burger. I ate all that in a bikini and felt extra sexy afterwards. Try that out if you want to feel super sexy too.

Our vacation was so fun. I’m sad it’s over. Although, I may have convinced Linda and Jimmy to join us on next year’s vacation to *fingers crossed* Ireland. My passport is lonely for its first stamp. 🙂

14 responses to “The Rest of the Fun”