I had a bit of a hectic weekend and I have a hectic (but fun) week coming up (more on that later) so this will be short and sporadic.

I wasn’t able to score an ultra cheap registration by being one of the first 30 or so people to register, because apparently everyone has faster fingers than I do, but I did still score free pictures for signing up early. I wasn’t feeling great during the race, so I didn’t look like a floating fairy princess per the usual, but it’s still a pretty cool perk.

2.  Best Damn Race and the Celebration halves are the only races where I’ve worn compression socks and I gotta say, my legs have felt amazing after both races.

I’m worried it’s a fluke. I usually wear compression socks after a race but never really noticed a difference in how my legs felt. During the race? Whole different story.

3. I’m all caught up on Justified. I love it so much. I love the casting of every character and I especially love the dialogue.

Ok, not kidding about the dialogue. Deputies need chicken too. There are few shows that keep getting better by the season and this is one of them.  (Also on that list: Supernatural seasons 1-5 ,Weeds, and House of Lies.)

4.  Hubs and I celebrated our 5 year wedding anniversary last weekend (and 12 years together, but who’s counting).

That was not last weekend (I picked it because I’m thinking of going back to that hair color). We got dressed up all pretty and went for an amazing dinner at Eddie V’s and I took zero pictures. Hubs even asked why I didn’t take pictures of the food as we were walking out. Well, I don’t know why. That’s why. 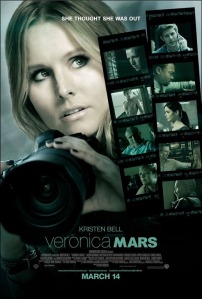 6. The little princess requested some more blog time. She said her fans are demanding it.

I hope you all have a good week!

13 responses to “By the Numbers”