1. There’s a dollar store near my mom’s house that she totally loves. She talked this dollar store up like crazy when she first moved out to CA and I would think, “It’s just a dollar store. Who cares?” Well, turns out it’s not. It’s the mecca of dollar stores. It’s huge and they sell just about everything. They have your typical dollar store items but they also have a full grocery section of fresh fruit and veggies, eggs, all sorts of frozen foods, etc. They even have hub’s favorite coconut water for a dollar, which I pay five dollars for at the grocery store here. (Bitter, party of one.) Anyway, I was at the check out when I realized there is nothing this store doesn’t sell. 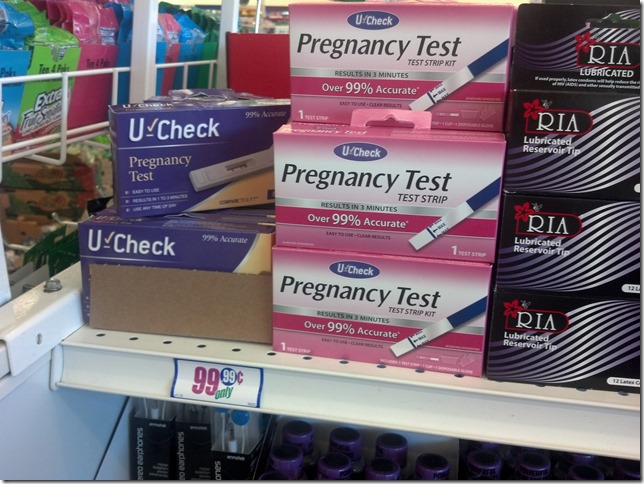 Edited to add: No, I didn’t buy one and no, I’m not pregnant. I’m still doing my part to eradicate the beer epidemic of this country. 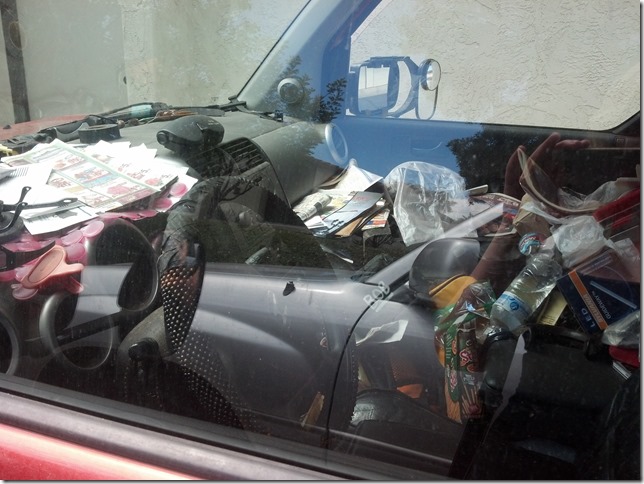 This is just the front. The back was packed with junk so high it was blocking the windows. There’s no room in the front seat, his glove box is overflowing and open, and he has to move stuff to shift the car into drive. I know this is weird, but after seeing his car,  I desperately wanted to see the inside of his house.

3. Hubs and I watched Now You See Me this week.

We both liked it. There were some cheesy scenes here and there, but overall it was entertaining.

I really like Jesse Eisenberg. He just seems so smart, but I have no basis for thinking that. Maybe I get that impression because of The Social Network? I don’t know. I do know that I spent the entire movie thinking that Isla Fisher was Amy Adams.

4. I am still super obsessed with my pedometer. 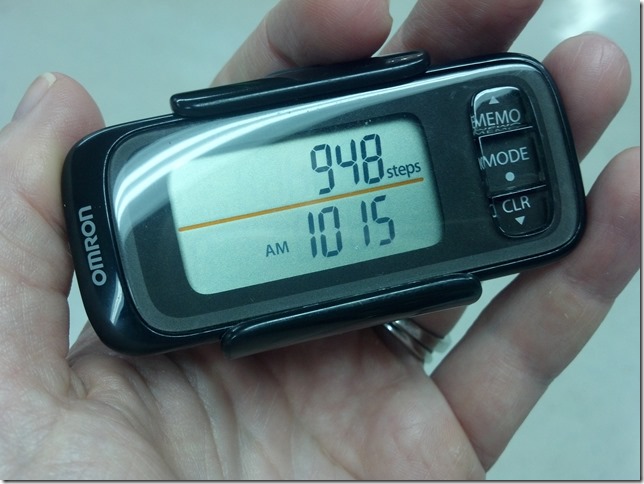 I bought a Bodybugg way back and it lost its novelty after about two months. Once I got an idea of what I burned during my usual activities, I didn’t care about it anymore. Well, I wear my pedometer all the time. I try to get in the recommended 10k steps per day (which is approximately 6 miles) and most days I do. Other days I get as close as I can. The national average is 5,500 steps/day. If I have a total rest day, I don’t even make it to that much. Sad. So if you’re looking for something to encourage you to be more active, I really recommend getting one. Mine was around $20 and totally worth it.

5. I haven’t worn a watch in 10 years but I found this cheap one and loved it. Now I’m a watch-wearer again.

I really wish I didn’t look up the link for that because now it’s on sale. *sniff*

6. Jon Hamm is still alive and well and eating adorable mini-donuts with his adorable hammy hands. 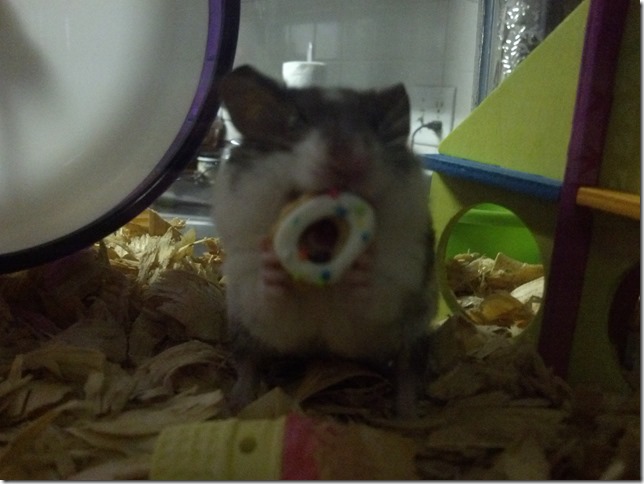 He’s got a bit of a skin condition that we’re keeping a watch on. He may need a trip to the vet, which will surely cost 4x as much as he did.

7. Pants is still adorable as well.

She was playing the other morning and decided she wanted to snuggle up to me and be petted instead. ❤ Also, let it be known the bunny that growls when I give her food is terrified of that hamster.

Alright, that’s all I have for today. Have a good weekend everyone. 🙂

Tagged as By the numbers

13 responses to “By the Numbers”