Besides the leisurely color run on Saturday, I haven’t been doing much running at all, nor have I felt like it. I think about running a lot, but when it comes to actually putting one foot in front of the other, that’s not happening. Total burnout going on over here.

I would say I average three sweet, non-consecutive miles a week. Some of those my Crossfit trainer makes me do, so don’t think they are even voluntary miles, and that’s only when I can’t talk him into letting me do the stair stepper or jump rope instead. So it makes total sense that I would sign up for the Fredericksburg Wildflower 10k. 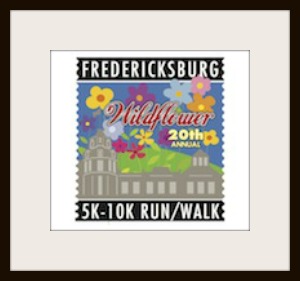 When I heard the first 200 registrants were getting a free jar of jelly, I just couldn’t pass up the chance that I’d be one of those lucky 200.

I have big plans for me and that jar of jelly. Big plans.

The race is in two weeks so I thought I should probably run more than 2 consecutive miles at some point between now and then. That happened last night. It went pretty well, but man I felt like I was at the gym forever.

It also makes sense that I really want to run the Deckers Creek Trail Half Marathon with Melissa on June 1 too, right? I don’t want to do any of the training to prepare for it, but I’d really like to run that race. I like anything described as “downhill.” Then again, I also like anything described as “covered in frosting.” So until I can find a race that’s covered in frosting, I’ll settle for downhill.

In my head, I want to run so much but my heart hasn’t been in it. So I guess what I’m saying is, my goal for the 10k is to not do this.

16 responses to “Glutton for Punishment”