That Night I Watched Four Movies

And let me tell you, I needed that. Well, I probably didn’t need six of them.

I had one of those super long weeks that would.not.end, so I met up with the bestie (we go way back) for some drinks on Friday night.

I hadn’t seen her in forever. Or two months, which in best friend time is definitely forever.

Then I spent Saturday watching an obscene amount of movies. Hubs and I started with Battlestar Galactica Blood and Chome.

This was a Web series that aired in segments each week and it was put together as one movie on DVD. I was a big BSG fangirl so it’s hard for me to watch these little off-shoot movies because I was so invested in the TV show characters that I can’t bring myself to care about new ones. But I still liked it. Really good production value for a Web series too.

Then we moved on to Sinister.

This one is from the producer of Paranormal Activity and Insidious so we wanted to check it out. It’s an interesting story and pretty creepy, but the last shot of the movie went for a cheap scare, which well, cheapened it. Also, why does Ethan Hawke keep walking by light switches and not turning them on? YOU WILL SEE BETTER. The lights work fine. But no, go ahead and just use the light from your cell phone or that miniscule flashlight. I mean honestly.

After Sinister, we lightened things up a bit. 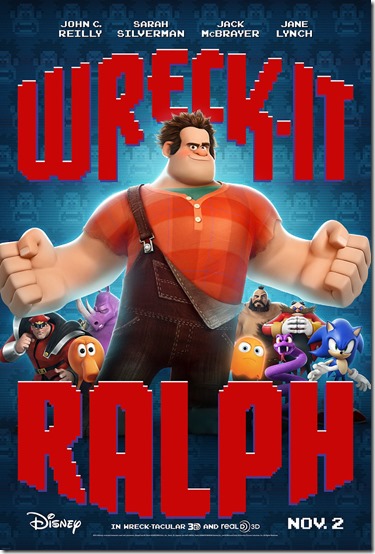 I really thought I wasn’t going to like this movie about 20 minutes into it. Most of the game jokes were over my head and I was not loving the sequence in the Hero’s Duty game. Luckily it got way cuter and not even Sarah Silverman could keep me from liking it – which is fortunate since we bought this one instead of renting it.

After Wreck It Ralph, it was getting late. We wanted to watch Argo but we’re not big “thinkers” late at night, so we dumbed it down real good. 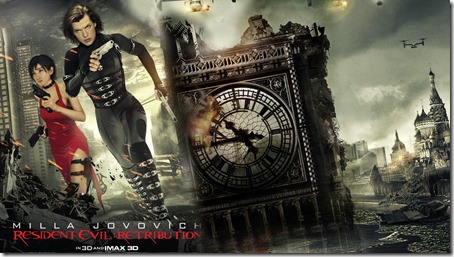 Technically not a good movie and definitely the worst of the series, but I love Mila and I love Resident Evil and I love people running by big clocks. Soooo, I didn’t hate it. Let’s just leave it at that.

Alright, that’s really all the excitement I got for today.

13 responses to “That Night I Watched Four Movies”

Leave a Reply to Jessica @ Sushi and Sit-Ups Cancel reply