I’m back from New Orleans and there’s seven pounds more of me to love for it. It should be noted that I was walking around the city 50% of that time and I still gained seven pounds.

There will be no Thanksgiving dinner for this girl, therefore I’ve decided to cancel the holidays. I wanted to let you all know early in case you had plans.

During my four days in NOLA, my diet consisted of lots and lots of drinks. They started at the airport before we ever left Orlando.

My new favorite shot is a Fireball. So, so good. It’s cinnamon whiskey and it reminds me of After Shock. Does anyone remember that stuff or am I dating myself?

A fried shrimp platter evaded the camera, so just imagine a giant plate of fried shrimp and fries in my mouth.

Gumbo from The Royal Oyster House. 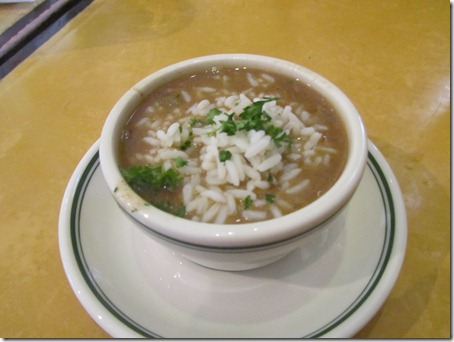 I don’t even really like gumbo, but I managed to eat it twice anyway.

Po-Boys from The Gumbo Shop. 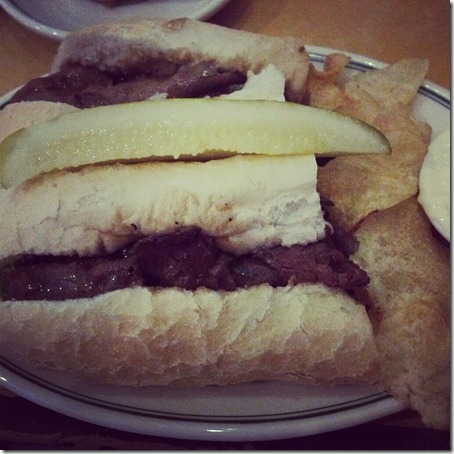 Delicious. Whoever invented these sandwiches is the devil. 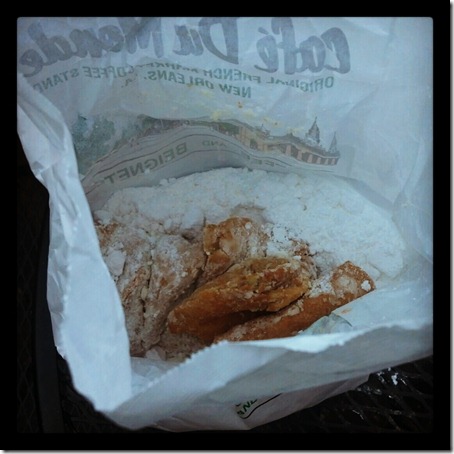 I ate so many beignets that it crossed the line of normal consumption. First at Café Du Monde and then at Café Beignet because I had to compare them, of course. Also, after the beignets were eaten, I just shoveled the powdered sugar in my mouth with my fingers. Not a proud days.

The worst photographed but best tasting roasted beet salad ever from The Bourbon House.

Buffet at the Court of Two Sisters.

That’s just plate one of three. (Also, they had the best pecan pie I’ve ever had in my life there.)

So much food didn’t get photographed because the lighting was too dark or I inhaled it too fast. But there was also omelets, pancakes, pizza, hot dogs, boudine, and lots of eating off other people’s plates. The only thing I managed to avoid were the frozen drinks (because I’m  not a big fan of daiquiris) and bananas foster (because I’m not a fan of bananas.) Although, had someone put one of those in my hand, I’m sure I would have consumed it.

Overall, I had an amazing time. I’m back at work and have to be all responsible again, but I’ll be back with all the awesome things we did a little later. 🙂