I don’t normally talk about my goals on the blog too often, mostly because I never achieve them. I know lots of other bloggers often write about their goals because they say their blog keeps them accountable. Well, this blog doesn’t keep me accountable for shit. I wish I could say that I feel guilt or disappointment that I didn’t reach a goal because I put it “out there,” but I don’t. I’m perfectly fine letting everyone know I fail. 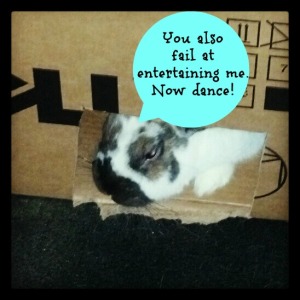 I wrote a goal post awhile ago and when I look at those goals now, I see that I only achieved two out of six of them.

I’ve also mentioned wanting to lose 10 lbs, but that hasn’t happened either. I’m unwilling to give up beer and cupcakes for the long haul. I eat well most of the time and I work out hard, but beyond that I still want to live. So maybe I’m not serious enough about goals? Or maybe I’m just the queen of goal-achieving suckage?

So mean. Yet so cute.

Yesterday, I tried to make up a 10-miler that I should have done this weekend. I made it 4.3 miles until I quit. I was tired, it was my day off, and I wanted to be on the couch. Not even a good excuse.

Next weekend, I’ll be out of town so I won’t be able to run long then either. Which brings me to the one goal that I (also) haven’t met: running a sub 2-hour half marathon. It’s the one goal that I actually really care about. I’ve been trying for two years and it still hasn’t happened.

The fact that I might not be able to get in a long run for two weeks before my race doesn’t seem like the best strategy for making my goal happen even though I’m trying my best to keep up with speed training. So basically what I’m saying is that I suck at achieving goals and given my track record, I think we know how my race will go in two weeks. 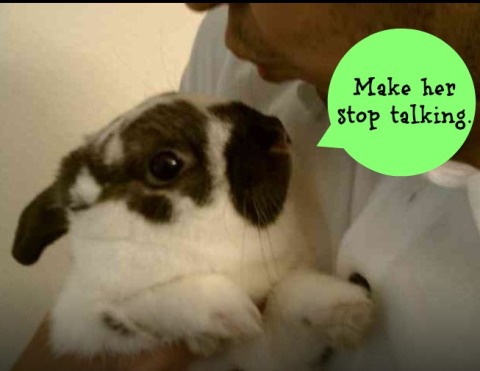 So anyway, I’m not saying all this to fish for encouragement. I’m not. At all. I’m saying this because I wanted to share two posts from other people that I really liked about meeting goals:

When I have trouble inspiring myself, I’m glad there are people out there that give me a little inspiration when I need it.

You catch all that, Pants?

27 responses to “Being Realistic”