I’m currently writing this post from the sky. See you later, Orlando. 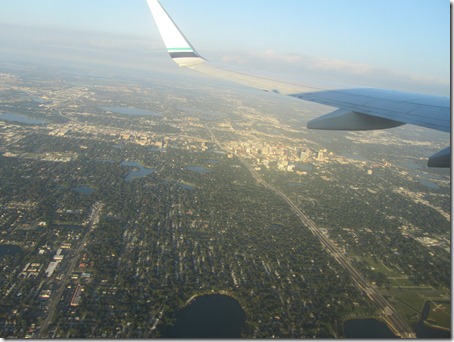 I’m on a (direct!) flight from Orlando to San Diego to visit my family for a week. Come to mama, sweet California weather.

Even though I’m writing this post on the plane, I’m too cheap to pay for the in flight Wi-Fi, so this will probably be published after I land. Gotta love Windows Live Writer. No internet connection required. (If you blog and don’t use it, find someone to slap you repeatedly until you do.) 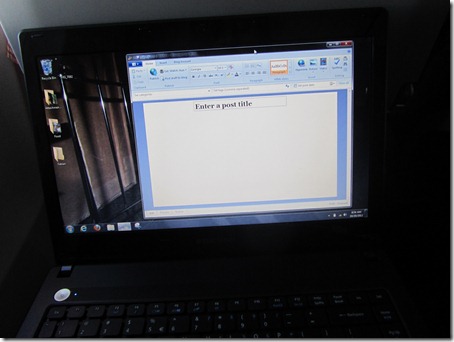 An early flight today meant an early wake up yesterday to get in my long run. I ran 11 miles, but had to make a quick stop home half way through, so my run looked like this:

Not only is that about 25 seconds faster than I have been running, that’s super consistent. I swear I thought last week’s race was a fluke. I’m telling you, if you want to run faster, do HIIT. It works. My slow ass is proof.

Ok, back to today.

I was hungry and annoyed that I didn’t have time to get oatmeal from Starbucks.  Expensive in flight food to the rescue.

Beef jerky and a fruit and cheese plate for the low price of $13.00, plus a free breakfast cookie that I didn’t eat. 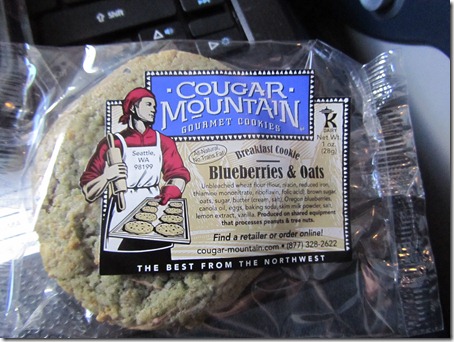 This the first flight I’ve been on that has movie player rentals available.

The player has over 75 movies on it and a bunch of TV shows. It’s $8-$10 bucks depending on the flight length, so it’s not a bad deal especially if you’re watching with someone.

You know what’s awkward? Taking a picture of yourself while the dude sitting next to you watches.

He didn’t even ask why, which I appreciated. However, he did tell me I look like a volleyball player. I don’t know what that means but I’m gonna take it as a compliment. Also, before we ever left the runway, I heard a kid ask his mom if we were still in Florida.

I will be slapping him later.

Edited to add: If you receive posts by email, I have no idea what’s going on with all the funky letters. Sorry about that. 😦

15 responses to “Hello from Above”