It’s time to talk TV. It’s no secret I watch a lot of it. Way more than I could ever put into this post or that is healthy for the average human being. I’m even trying my best not to pick up new shows this season because it’s hard enough keeping up with everything I already have on the DVR (life is hard). With that said, I still probably need an intervention.

Here’s what I’ve been watching lately:

Last season of Dexter was mediocre at best. I didn’t think Colin Hank’s was a good choice to play his character and I guessed the ending of the season during the FIRST episode. I am horrible at guessing endings and the fact that I did it made the whole season even crappier. Yes, it was better than most TV out there, but as far as Dexter standards go, it was lacking. That’s why I’m super stoked that this season has kicked ass so far. I could use a little more Masuka because he’s awesome, but other than that, I have no complaints.

I’m normally not a fan of “politically charged” shows, but this one is amazing. It’s so good and so twisty. Claire Danes is even a bigger freak show this season than last, so I’m sure she’ll have no problem winning another Emmy. 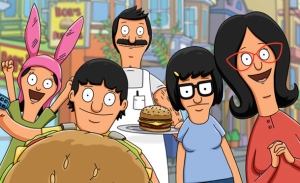 I know. Homeland and then this. But you gotta balance out the smart with the dumb. This show is so funny but we have yet to find anyone else that watches it besides us. It’s our first choice to watch on the DVR after Dexter and Homeland, and one of the shows we actually started missing when it was off the air for the summer. 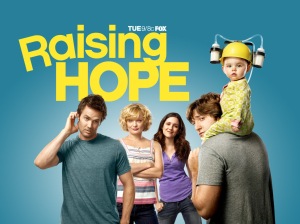 Again, I don’t know anyone else that watches this show but each episode consistently cracks us up. It’s funny but it’s also sweet, kind of like Cougar Town can be. Garrett Dillahunt (the dad) is the BEST part of the show. After seeing him in The Sarah Connor Chronicles as a terminator, I wasn’t convinced he could do comedy, but he proved me wrong. Oh, this girl says this show is dumb but she is WRONG. 🙂 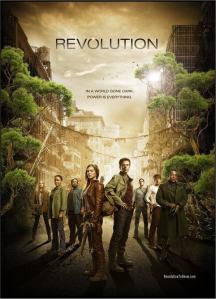 This is the only new show I’ve watched. The first episode had a lot of promise but it completely lost me during the second episode. I loved Lost, but I just don’t think I have the energy to ever take on another show with flashbacks and deep-lying story lines that take the entire series to resolve. I felt the same way about Flash Forward and The Event – started out awesome and then tanked 4 or 5 episodes in. 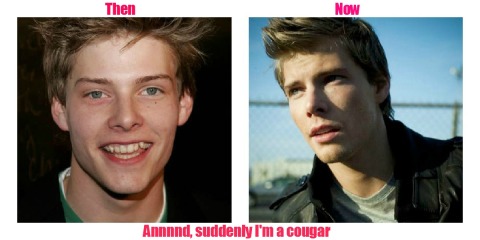 WTF is up with Silas being so hot all of a sudden? It’s like, he ages 7 years, gets his little chicklets fixed, and BOOM goes the dynamite. He is ridiculous and should have been picked to play Finnick in Catching Fire, but I digress. I just finished season 7 and I’m a few episodes into season 8. It’s one of the those shows where I love all the characters and think it gets better with each season.

A few of you recommended I watch this and honestly, I was a little apprehensive. That poster isn’t doing the show any favors and after feeling lukewarm about The Wire, I wasn’t sure about another show with Idris Elba. Well, I’m glad I listened to you because I LOVED it. I’m not a fan of cop-like dramas (like NCIS or CSI) but this one is so different from the rest. Plus, it gets bonus points for having one of my favorite Massive Attack songs as the theme. So thanks to Julia and Misty for recommending it. 🙂 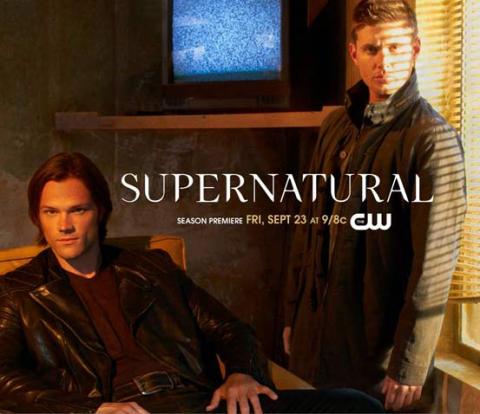 The first five seasons of this show were so good and so well written. It’s funny and dramatic and occasionally creepy. I don’t think it gets the credit it deserves because it’s on The CW.  Season 6 and 7 went downhill a bit when the creator left the show, but season 8 seems to be back on track so far. And really, I’ll take any opportunity I can to see a future husband every week.

Key and Peele is a sketch comedy show with two of my favorite guys from MadTV. The sketches are hit or miss but when they are on, they are really on. If you love dubstep, you probably need to watch this skit.

What are you watching?

Tagged as I Watch Too Much TV

33 responses to “What I'm Watching”