Back to Real Life

I made it back to Orlando safely. And now I get to hang out with these two cuties again.

That might be my favorite picture ever. Hubs loves his bunny snuggles. So sweet. ❤

I have today off because of all the hours we put in on travel. I’ve been killing time by catching up on MasterChef, not showering, taking gratuitious pictures of Pants, and rearranging the magnets on the fridge. And by rearranging, I mean just putting a new one up there. 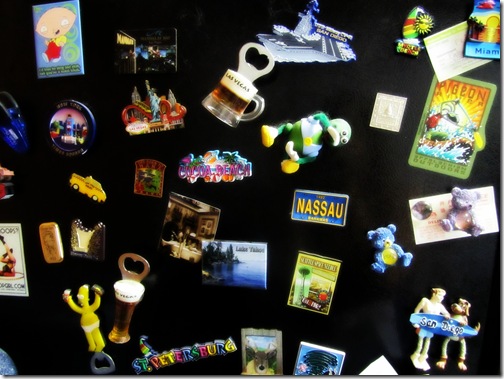 Whenever I visit a new place, I have to buy a magnet that has the name of the place I visited. I like the reminder of where I’ve been and I think as the years go by, I’ll like looking back and remembering all the trips I’ve taken. I get pretty upset if I forget to buy one too. I forgot to buy one in Savannah and Jacksonville last year, which still bums me out that I don’t have a reminder of my first and second marathons. I also couldn’t find one in Austin, so I had to beg my co-worker, Lee, to pick one up for me. I realize I am ridiculous. But it’s my thing.

Anyway, Killeen was pretty sparse in the magnet department. What? No one wants a reminder of Killeen out there? Unthinkable! I found exactly one at the airport, so I had to buy it. It’s not pretty. 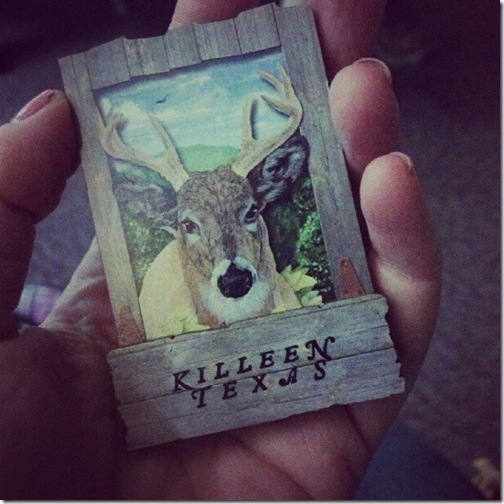 That deer looks pissed to be in Killeen.

I just found out today that in three weeks, I might be going on another two week work trip (to Maryland this time). I’m not thrilled about it since I was trying to get vacation time approved next month. Plus, the last thing you want to hear right when you get home is when you’re leaving again. I guess I’ll see if the trip actually gets approved. It’s just in the planning stages now but it’s kinda killing my mood.

Not killing my mood? That I get to go to Crossfit tonight after 2 weeks of doing workouts on my own. And, I’m officially back on my running plan! I’m following one from Smart Coach, which is free from Runner’s World. The easy run paces are a little on the slow side for me, so I may have to tweak those as I get into it.

My ultimate goal is a sub 2-hour half marathon. I have a 10 miler coming up at the end of September and I’ll have a little more time after that to train for my half marathon in November. I’ll be running the half alone, which I think will really help my motivation during the race because I won’t be thinking of who is running ahead of me. At least, that’s how it worked for my last marathon. So my fingers are crossed for this one. 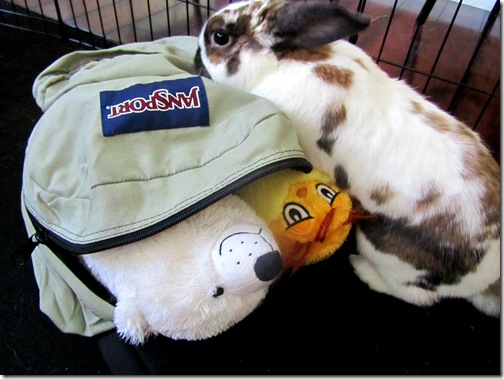 She’s packed and ready to go.

31 responses to “Back to Real Life”