Bobby Lee at the Improv

Saturday night, hubs and I met up with our friends Nicole and Kevin to see Bobby Lee at the Orlando Improv. Bobby Lee is from MadTV and was recently in The Dictator (which I will never see because I can’t stand Sasha Baron Cohen).

If you’ve been reading for awhile, you know we saw Bobby Lee last year and he showed me his balls. I couldn’t miss out on the possibility of that happening again, so when hubs heard he was coming back, we had to get tickets. 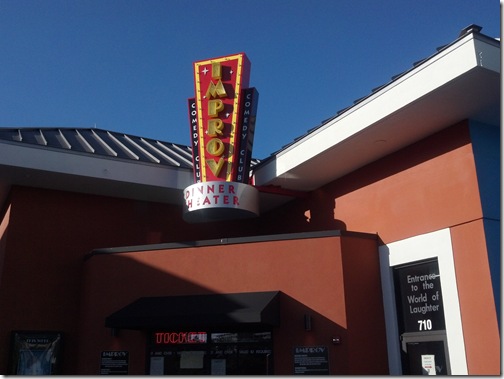 Hubs and I left pretty early so we could get dinner beforehand. We ate at Adobe Gillas, one of our faves, which is about 50 steps away from the Improv. After we were done, Nicole and Kevin had arrived so we made our way into the Improv and got our seats.

We weren’t really close to the stage this time but we were in the center so we had a good view. 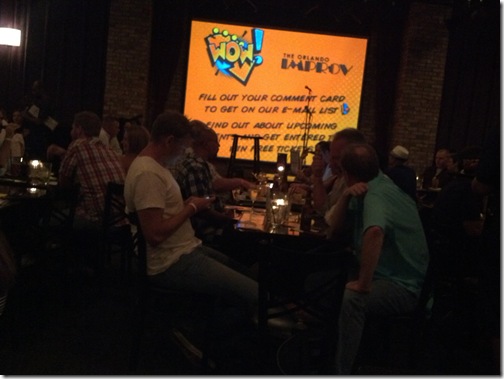 Kevin and Nicole also had a good view. Of something. 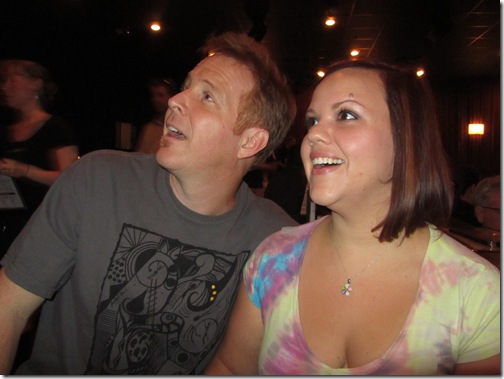 (By the way, Nicole has a new blog you should check out. She writes stories of ridiculous things that happen to her. And they’re all true. Which makes them awesome and sad all at once.)

Before the show, I really tried to get some nice pictures of the four of us, but they all came out like this. 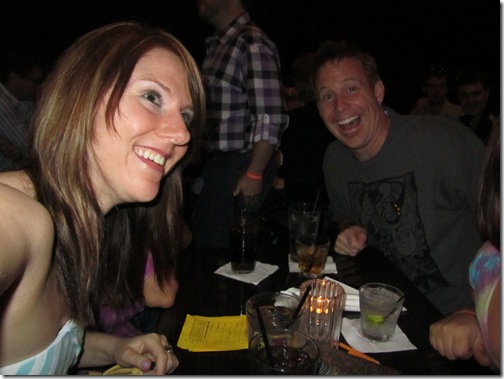 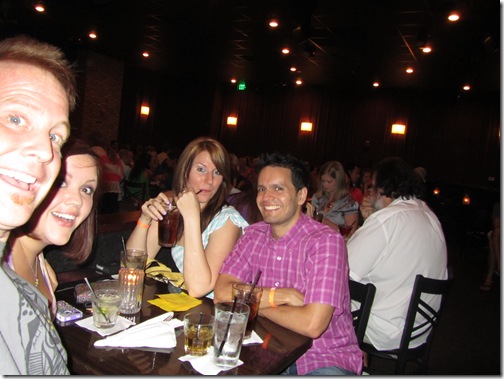 So I stopped trying.

There were a few comedians that opened for Bobby. One of them was a girl that is on some show on TBS. (I know, helpful information there.) I can’t remember her name (also helpful) but she was actually pretty funny and I’m not usually a fan of female comedians.

Bobby was hilarious as usual. He got naked as usual. And gave a random man from the audience a lap dance as usual. 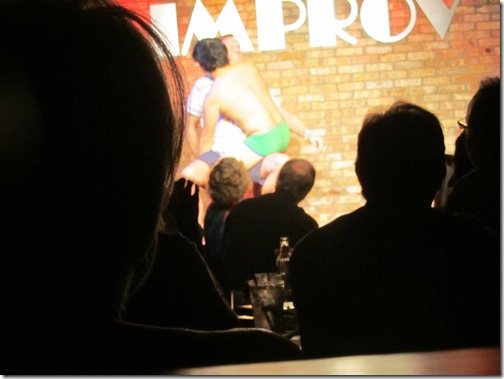 Before the lap dance, he asked the audience to give him a stipper name. Nicole shouted “Asian Orange” and Bobby was so impressed with how awesome and clever she was, he used it. 🙂

While still naked, he thanked us all for coming out. It’s more heartfelt when you’re naked. 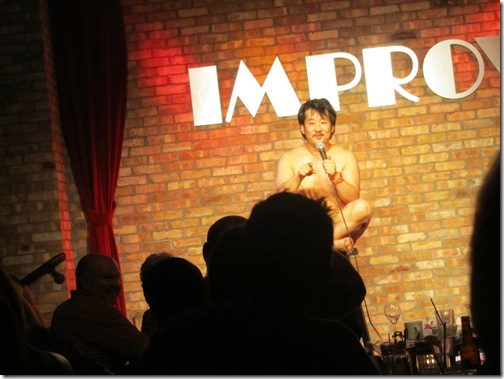 Bobby is still in my top three favorite comedians that I’ve seen live. If he comes to your town, you need to see him. He’s so hilarious, you’ll either pee your pants or get a good ab workout trying not to.

I think his tour ended this weekend since he’s in some new show on NBC called Animal Practice. I can’t say if the show is good or not. I mean, it has Justin Kirk from Weeds which is awesome but it also has a monkey which is not awesome. <—- not a fan of monkeys 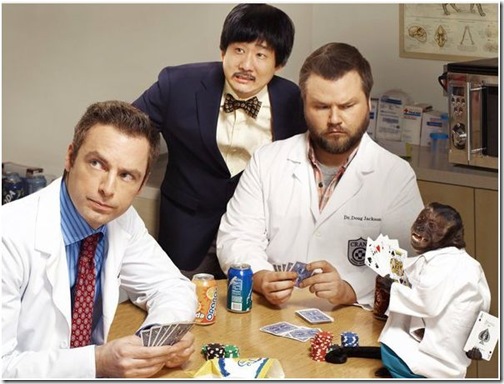 Anyway, after the show, we hung out at the bar at Fat Fish Blue, which is the restaurant attached to the Improv. I’m not even sure what happened there but this is one of my only pictures. 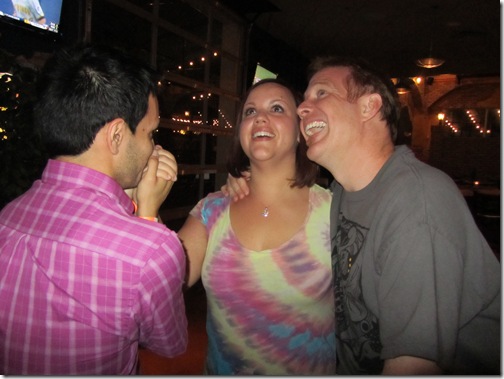 I feel like I missed something good on the ceiling that night.

Once everyone filed out of the show and the next show was seated, the restaurant was pretty empty. We looked up and saw Bobby at the opposite end of the bar talking to a waitress. So of course, we all shouted “Asian Orange!”  And he didn’t even look at us.

So we walked down to the end of the bar and asked him for a picture. 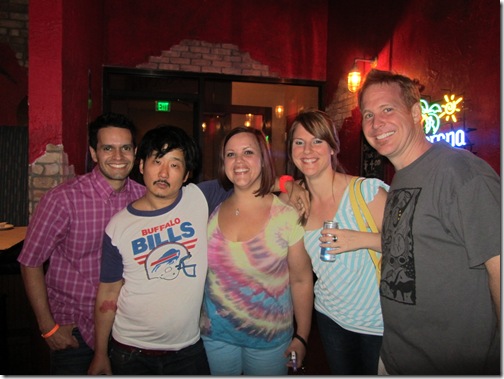 The show was over by 9:30pm and by 10:30pm, I felt like it was already two in the morning. I was done. I chugged a Red Bull before the drive home, we said our goodbyes, and I was in bed by 11:30pm on a Saturday. I think that’s a first for me – even during marathon training. *so old*

10 responses to “Bobby Lee at the Improv”

Leave a Reply to Andrea @ Andrea out loud! Cancel reply