I’m in a much better mood today than I was the other day. Probably because I know I don’t have to be anywhere after work. Usually all my workouts during the week are scheduled for the month. I give myself just enough time to get home from work, quickly eat something, change my clothes, and head back out the door. So basically, all my days are just a rush to be at the next place and it gets stressful after awhile. I think that’s why I love having no plans. I could never leave the house and be happy. I have no idea how I got this way because I used to be such a “let’s do things!” type of person. Now I’m lame, old, and lazy. 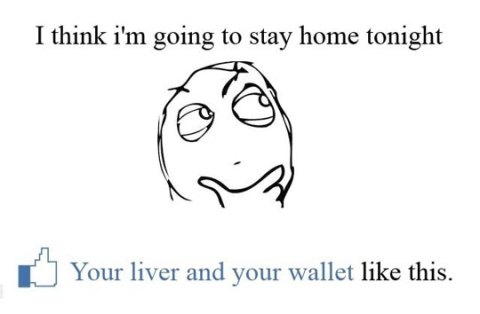 Ok, let’s get our numbers on since this is going to be random.

1.  Sometimes I feel like I should have kids just so I can use the “I don’t have a babysitter” excuse to not do something. Because I know all of you with kids do that. You just don’t talk about it. It’s like a secret society and those without kids can’t call you out because if we do, that will probably be the one time you really couldn’t find a babysitter. Well, I’m on to you. And in an effort to bring equality to this world, I’m going to dress up animals and pretend they are my children so I can use the excuse too.

2. I finished season 4 of Breaking Bad. The DVR is 94% full because we’ve neglected it for so long. In a way, I’m relieved that I won’t be spending every waking hour wanting to watch it but on the other hand watching anything else now seems super strange. Like these guys:

(I just wanted a reason to post that. I can’t stop watching it.)

3.  Season 4 was awesome, but I think I still liked seasons 2 and 3 better. No spoilers, so don’t worry – but Walt seemed like so much more of a jerk than usual. I have no sympathy for that guy anymore and he deserves anything that comes to him. Jesse on the other hand, has an open invite to my house.

4. And while we’re still on the subject of Breaking Bad, I find myself looking forward to what over-sized, terrible t-shirt Jesse is going to wear next. He wore a sparkly one in season 4 that was probably the best thing I’ve ever seen and I can’t find a picture of it anywhere. So enjoy this instead.

5. The past several days, I’ve been super sore from Crossfit and weight training. So it came in handy that I was sent a cute little package from Laforce +Stevens to try out BenGay Zero Degrees. Check out all the fun stuff they sent!

BenGay Zero Degrees is similar to Icy Hot and BioFreeze, which I basically lived on during marathon training when I had so many knee and foot problems. Except, you can store Zero Degrees in the freezer for that extra jolt of holy crap when you put it on your muscles. Plus, it comes in packaging that looks like a stick of deodorant instead of a hand pump or roll-on. 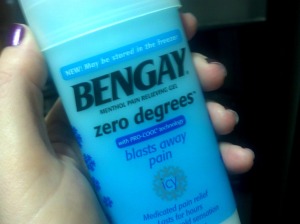 Here’s what I thought: I liked it better than BioFreeze. Not because it works better, because I think they are both equal in terms of soothing muscles. But I liked that it was easy to apply and I didn’t have to put it on my hands.  I also thought the cooling sensation lasted a lot longer. An hour and a half later, I could still feel it working. Basically, I didn’t need to reapply it. So if you’re in the market for something like this, give it a shot and let me know what you think.

Just don’t tell your husband because when you ask for a massage, he will throw this at you instead. 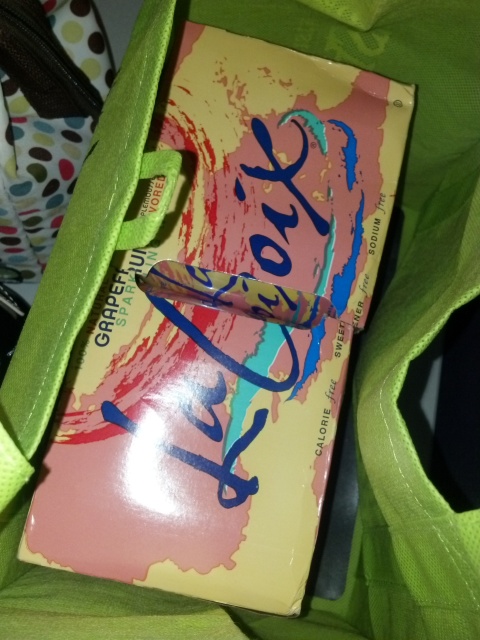 I’m not sure why every blogger recommends this stuff because it tastes like carbonated nothing and it gets worse the more I drink it. I don’t taste grapefruit at all. Then again, maybe my taste buds are numb from years of Diet Coke and Splenda.

7. I think this is the longest post about nothing that I’ve ever written. You can all rest assured that my Breaking Bad love will be on hiatus until season 5 and until then, you won’t have to hear about it anymore.

Just kidding. Yes you will.

Seriously, someone go watch that show so we can talk about it.

21 responses to “Getting Better”