I’m getting less and less sleep every night and yesterday morning I didn’t wake up to my alarm. I even skipped my workout last night in lieu of a nap, but just ended up watching more Breaking Bad. To say I’m addicted to that show might be an understatement. It’s like I can’t.stop.watching. Or talking about it for that matter. But if this girl can talk about Hunger Games incessantly for 2 months, then I can talk about Breaking Bad. 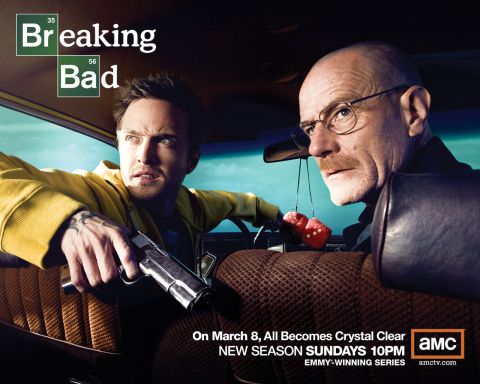 Hubs and I finished season 3 last night. Then of course we couldn’t go to bed with that cliffhanger in our minds, so we had to watch the first episode of season 4. There are only a few shows that have ever been this addicting to me. Season 1 of Lost, season 1 of Dexter (which forced me to get Showtime for all the other seasons), the first 3 seasons of Nip/Tuck, the whole series of Battlestar Galactica (not kidding), and Veronica Mars. I guess I just love shows that end in cliffhangers every week because that’s what they all have in common. (Am I the only one? What shows have you been addicted to?)

I also might be slightly obsessed with Jesse Pinkman. 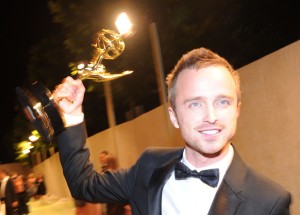 (He totally deserved that Emmy. That man is like Leo DiCaprio when he cries.) 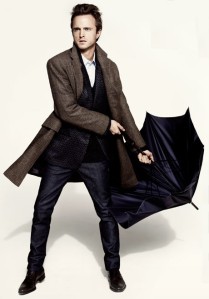 Add him to my future husband list! He’s an inch shorter than me, but if Tom Cruise and Katie Holmes can make it work, so can I.

So today I bring you the three things I need now that I’m addicted to Breaking Bad. 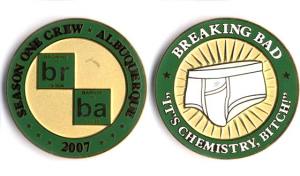 I don’t even know if that’s a real thing for sale, but I need it. In fact, it should be made into a race medal so there can be a Breaking Bad themed marathon and I can run it. Then at the end of the race, you get kisses from your favorite cast members. This is genius! Why do I have to think of everything? 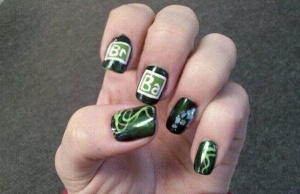 It has a little crystal meth nail! See? Drugs can be adorable. 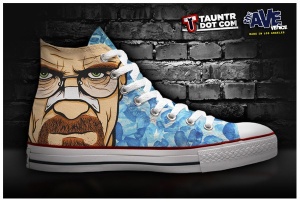 These are real, yo. They also have special edition Converse for Dexter and Walking Dead. I probably wouldn’t wear these in public though. OR WOULD I?

I can’t wait to get through Season 4 because then I’ll be able to sleep again. Or I’ll just be annoyed that I have to wait till summer for Season 5. AMC is airing the first 8 episodes in 2012 and then the last 8 in 2013. Ugh. WHY do they break seasons up like that? And it’s going to be the last season. *sniff*