This week has been one of those weeks. You know, trying to get back on track from the weekend. Though, when am I ever not doing that really? I’ve opted to sleep in every morning this week instead of getting in my double workouts. That modified Crossfit workout I did on Saturday gave me T-Rex arms for 4 days, so I’m using that as my excuse.

So, here’s what’s been going on.

1. I bought Abraham Lincoln Vampire Hunter by Seth Grahame-Smith. This was pretty much against my better judgement since the trailer for the upcoming movie looks like a pile my bunny left behind. But I’ve heard from 3 different people that the book is awesome. So, I gave in.

I’m sure this is killing Michelle since she’s been trying to get me to finish the Harry Potter books forever and I keep reading other things. I’m 2/3 of the way through Book 2, and my gawd it’s boring. Michelle has assured me they get better but that doesn’t make me want to poke my eyes out any less while reading this one.

Pretty sure I’m never going to get sick of those Willy Wonka memes.

2.  I took a spin class on Monday night with a new (to me) instructor. She had four Rihanna songs in her one hour playlist. Four! The radio doesn’t even play 4 Rihanna songs an hour. There is no valid reason for her to be doing that. I want to go again tonight but it’s the same instructor and I’m afraid she might also like Adele.

Yes. Yes I did. How many of you stopped reading at #1 and jumped right to the comments? 😉

3.  Hubs and I went to see Cabin in the Woods last weekend. 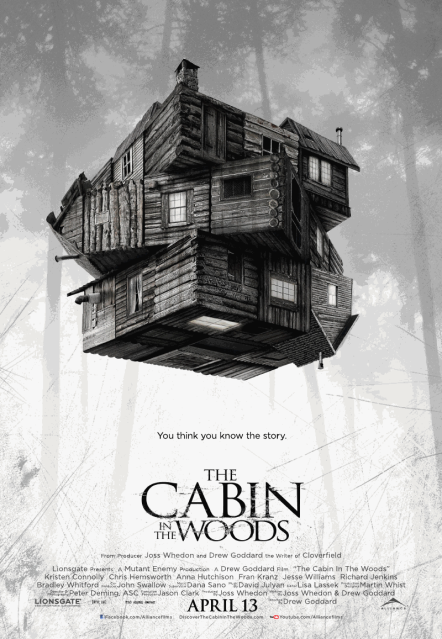 We both really liked it. It’s not your typical horror movie. I didn’t think it was particularly scary, but it was gory and funny. Plus, Joss Whedon wrote it and he can do no wrong. Except Dollhouse. That was wrong. So wrong.

4.  Last night, hubs and I did a Crossfit workout that made me wish for sweet death. We did 150 wall balls for time. (That link is a video on how to do wall balls. You only need to watch for 5 seconds to get the idea. Not sure why it’s over 4 minutes long.)  I used a 14 lb ball (hubs used a 20 lb) and needed to hit a 10 foot high mark on the wall. I could only get to 9 or 9 1/2 feet for almost all of the throws. Also, there’s something about catching a 14 lb ball so close to your face 150 times that really makes you hate life. 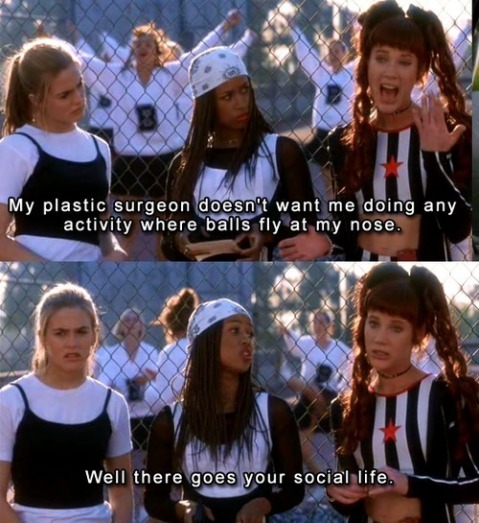 Anyway, I finished in 14:37. I have no idea if that’s fast or slow. But I do know it was a brutal workout for being so short.

Have you tried them? Because you should. And if you hate them, send them to me.

23 responses to “By the Numbers”