The Weekend That Went Too Fast

I’m not sure where this weekend went. It was a three day weekend for me and it felt shorter than some of my two day weekends. Good thing I have another one coming up. I may or may not be taking Friday off specifically to see Hunger Games before the crowds get too crazy. I realize that’s a lame reason to take off work, but any reason to take off work is a good one to me.

So here’s what’s been going on.

I ran 2.91 miles in 25:50, which is an 8:53 average pace. If it were an actual 5k and there was timing, that would have been about a minute or more PR for me. I like that all my paces were in the eights, if just barely. Not sure that’s ever happened before. I’ll have a little race review up this week after I steal some pictures from my co-workers.

2.  I saw this at the Publix checkout. 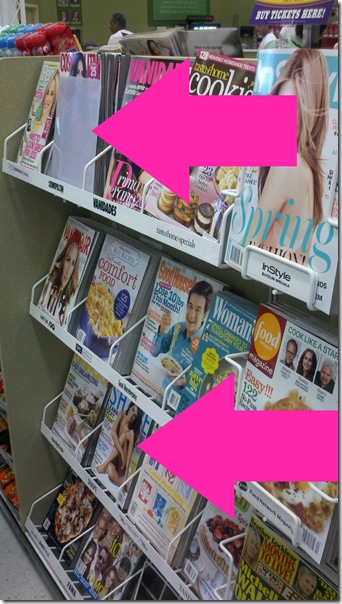 That makes total sense. Cover up the clothed picture of Megan Fox at adult eye level and keep the nudie Kate Walsh one down there for the kids. Way to think that one through, Publix.

3. Saturday night, our St. Patty’s plans fell through so hubs and I made the last minute decision to take a cab downtown to hang out at our favorite roof-top bar, Latitudes.

Actually, I had already curled my hair and there is no way I wasn’t going out when I finally put 5 minutes of effort into my appearance. Also, I love St. Patty’s Day. It’s the only day hubs will willingly wear the same color as me.  Normally, if he sees that we’re dressed in the same color, he’ll go change. Unfortunately, that kills my dream of being that cute old couple that dresses in matching outfits. 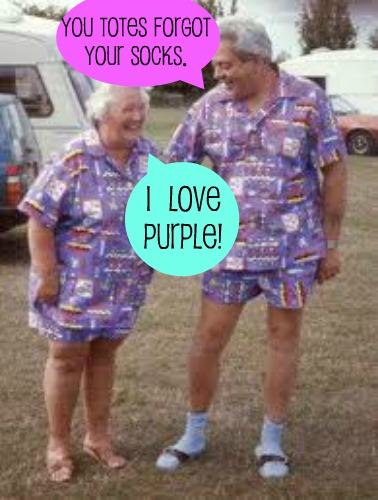 Anyway, we were at Latitudes for 5 minutes when an drunk older guy fell into us. We both tried to hold him up until he got his footing. Once he did, he thanked us and then went on a 10 minute rant about how Facebook and Twitter are stupid and a whole bunch of other things I don’t remember. At one point, he started insulting us because we hadn’t read some book he mentioned. I listened to him for awhile hoping he would shut up, but that wasn’t happening so I told him that we would have let him fall if we knew he was going to suck the fun out of the night. He didn’t like me much after that. He said goodbye to hubs and shook his hand but wouldn’t even look at me. Then he left to suck the fun out of someone else’s night.

4. Hubs and I watched Friends with Benefits yesterday.

This movie has been sitting on my coffee table for a month and a half. Why has it taken me so long to watch it? I looooooved it. JT is so damn charming and I loved all the casting in this movie – especially Woody Harrelson, Jenna Elfman, and that annoying kid from Modern Family who wasn’t annoying in this movie. LOVED IT. Have I mentioned I loved it? Also Mila Kunis is almost too good looking. It bothers me. But not as much as the thought of her dating Macaulay Culkin for 8 years. How did that happen?

*SPOILERS if you haven’t watched the last few episodes*

So far I’ve read through Volume 4 of the graphic novels. Has anyone else read those? I find myself getting confused between what’s happening in the novels and what’s happening on the show. I swear last week when Rick killed Shane, I did not understand why he didn’t shoot him in the head after he stabbed him. Then the next day, everyone online was freaking out that someone could become a zombie that wasn’t bitten and I thought all the characters on the show already knew that. Nope. That’s in the novels.

Looks like next season, they find the prison which is a super cool part of the novels. Now I have to wait till the fall for new episodes where I will surely get confused again. But it’s worth it. I can’t decide if I like the novels or the show better. In the meantime, this site is keeping me entertained with all my Walking Dead needs.

14 responses to “The Weekend That Went Too Fast”