The past week has been super busy and this weekend isn’t any different. I’ve wanted to write about so many things but haven’t had the time, so now you’re going to be the abridged version.

1.  I have been running. I just haven’t been talking about it. Besides the Vegas RnR, I knocked out 3.5 miles at the gym earlier in the week and did 7 super slow miles (over 11:00 minute pace) on my treadmill at home last Sunday. I’ve even fit in some personal training workouts.

2.  I watched Bride Wars during that slow run. I would have ran 8 miles but the movie ended and then…eh. Taking a shower sounded more appealing. Bride Wars was really cute. I loooooove movies about best friends. If you ever need a professional Beaches quoter to follow you around all day or someone to sing you every song from the soundtrack, give me a call because I’m your girl.

By the way, have you ever seen Bette Midler’s daughter, Sophie? They are carbon copies of each other.

3.  Hubs and I went out to see the Muppet Movie. I’ve never been a fan of the muppets. I know, I know. I’m un-American. I did like the Muppet Babies but I was more of a Scooby Doo girl growing up. With that said, it was a really cute movie. I still can’t get into Gonzo or Animal. I mean, who thought those would be cute Muppets? Honestly.

Also, Miss Piggy is annoying. I know that’s her thing and that’s fine, but if I was a muppet, I could not be her friend. She is too high-maintenance. However, she does get points for not caring that she’s taller and weighs considerably more than her boyfriend. I can relate to that. 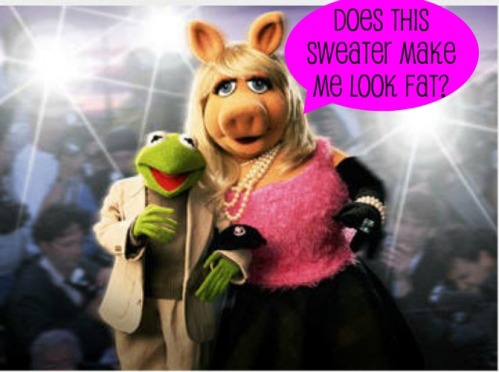 No Piggy. The frog does. 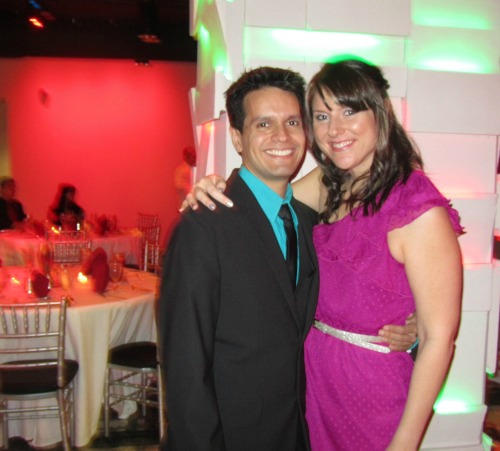 That dress is a steal for $25 at Target and it comes in navy blue too. You hear that J’s Everyday Fashion? 😉 (I did style my hair even though it looks like a rat’s nest there.)

More important than the dress is the fact that I won $250 at the party because I had a Jack playing card taped underneath my chair. A Jack that I thought was a Joker at first glance and just stood there not claiming my prize while they called for me. Awesome. Eventually I saw hubs frantically waving at me to signal the big boss was calling my card and got with the program. 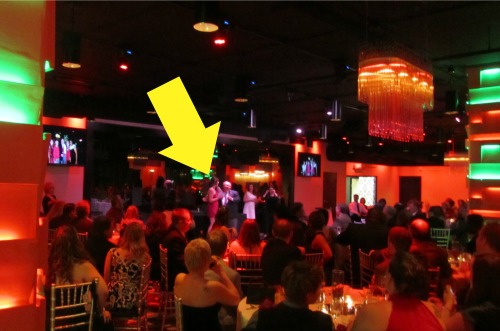 When I got up to him, I told him I thought it was a Joker and he told me not to go to Vegas. <—– too late   So, I looked like a douche in front of all my co-workers but it was worth it because now I’m richer than them. 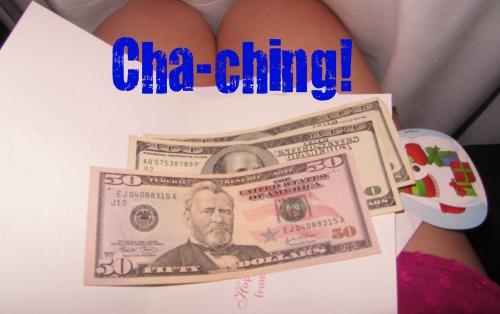 If winning $250 isn’t enough, the next best part about my work holiday party is how I strategically befriend all the people that don’t drink. Because then they OFFER you their drink tickets. Don’t mind if I do!

And of course, there were also dessert shots.

5. One of my co-workers, Tim, made me an awesome robot. 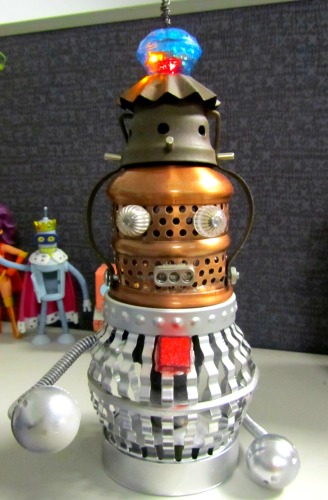 He makes these things out of scraps he finds as a HOBBY. I don’t even have 1/4 of the talent it takes to make something that creative. It blows my mind. I have been admiring all the robots at his desk forever now and he’s always changing them out. Every one he makes is original and he sells them when he has spare time and even has a blog about them. I’m not even a big robot fan but what he makes is so cool. Here are some of the other ones he’s made.

6.  I have another holiday party to attend this weekend, Christmas shopping to get done, and I need to fit a trip to Jacksonville in there somewhere, so it should be interesting. Next week, everyone at work is on vacation except me, which means I get to do all the work. That shouldn’t add to my holiday stress. I’m going to have to figure out a way to get through the week without going bald.

8 responses to “The Rundown”