All the Dam Sightseeing

Monday (yes, I’m still talking about Vegas), Hubs and I went on a tour of Hoover Dam. We learned a bunch of cool things like how the force of the water running through the pipes of the dam could fill an Olympic-sized swimming pool in 7 seconds. And how the pipes are so big they can fit 2 buses in them side-to-side and still have room. 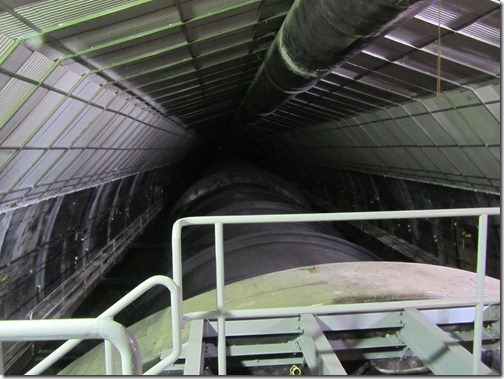 We stood in a room above that pipe and you could feel and hear the vibrations from the water flow.

These are some of the turbines that create electricity for hundreds of thousands of people in 7 different states. They are 7 stories tall each, even though they don’t look that big in the picture. (Check out their size compared to the people walking to the right of them.) 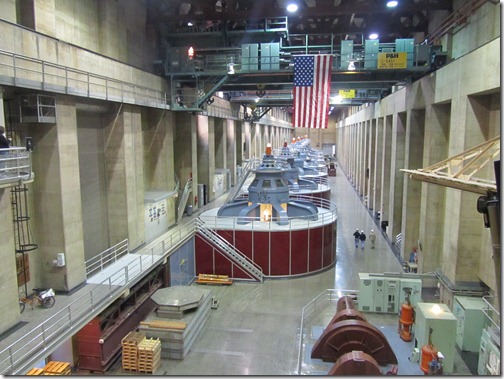 We also learned how the dam was built in 5 years using only math (no help from computers or calculators) and it was finished 2 years ahead of schedule.

The bridge is the newer part of the dam. That took them 8 years to build…with computers.

The dam is also part of the Arizona/Nevada state line.

The states are in different time zones and right now, Nevada is an hour ahead of Arizona. So, hubs decided to go back….to the future!

Besides all the cool fun facts, the dam is massive and it’s construction in 1935 is pretty amazing for its time. 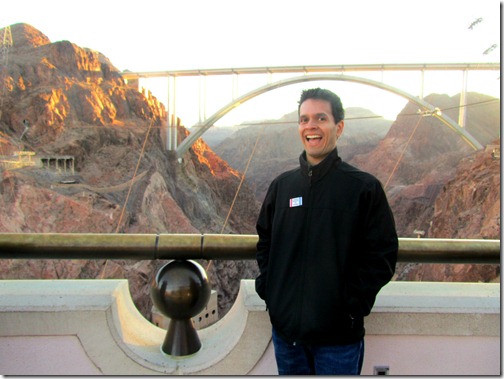 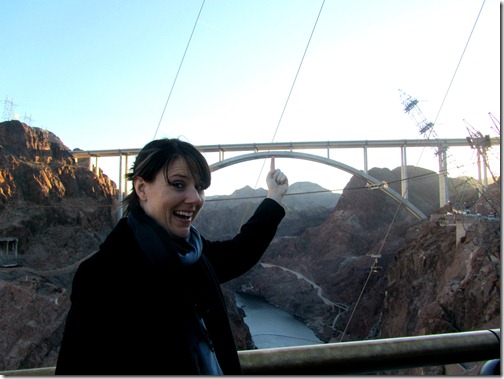 After the tour, we went to see a show. We’ve seen 4 Cirque du Soleil shows and while they’re all really good, they aren’t all that different from one another. So we wanted something different. We decided on the Jabbawockeez at the Monte Carlo.

We’ve seen them on So You Think You Can Dance a few times, so we were pretty sure we’d like the show. They did not disappoint. The show was really fun and funny and definitely worth the price if you’re looking for something other than the 8+ Cirque Du Soleil shows in Vegas.

After the show, there may have been some staying out way too late at Coyote Ugly. There also may have been a really rough morning after 4-hours of sleep. Then there was the 5-hour plane ride that we couldn’t buy food on because they ran out. And then there was the woman we sat next to that we could hear her EVERY breath, who also talked to herself as she widened her eyes like she was super surprised by something.

I’m so springing for first class next time.

Alright, give me your weirdest airplane story in the comments. 🙂 (I had a woman circle her pinky over my food before, back when airplanes had food.)

21 responses to “All the Dam Sightseeing”