(And this post is brought to you thanks to Michelle because I’m using her computer. So go tell her thanks!)

Finally, we have an episode that doesn’t start with a flashback! This one starts at the end of last week’s episode where we find out what happened to Violet. (Remember, Ben and Vivien got home from the hospital and she was gone?) Well, the guy with the burned face stops banging on the door all of a sudden and the leather suit guy is standing behind Violet.

Violet feels someone behind her, looks over her shoulder, and no one is there. Scared, she runs upstairs to her room and locks the door. While she’s standing by her dresser, a hand reaches out from under the dresser to grab her ankle. Good thing she hears Tate at the window and moves just in time. Creepy hand grabing her ankle averted!

Violet sees Tate standing on the lawn. He’s ready to take her on her date and tells her the banging on the door was just some Trick or Treaters who are gone now. They go to the beach for their date where they heavily inspect each other’s tonsils. Then, Violet wants to inspect Tate’s nether regions but he makes an excuse that he can’t have sex because of the pills he’s taking.

While at the beach, five bloody high school kids show up and start harassing Tate. They’re ghosts but Violet just thinks they’re dressed up for Halloween. Tate grabs Violet and walks away before they can start trouble.

Tate and Violet come back to the house to find the five high school students followed them. Violet goes outside to talk to them and the kids realize she doesn’t know “what happened at the high school.” 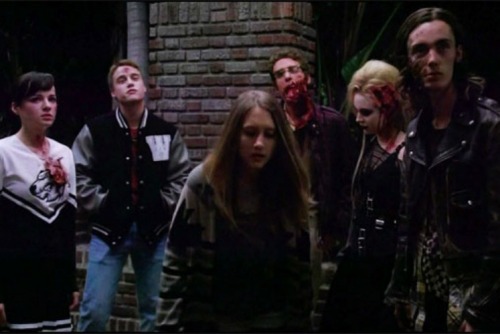 Tate walks outside and takes off running so the high school kids would follow him. When the kids caught up, they ask Tate over and over why he killed them and he doesn’t know what they’re talking about. (You think he’s faking or he really doesn’t remember?) 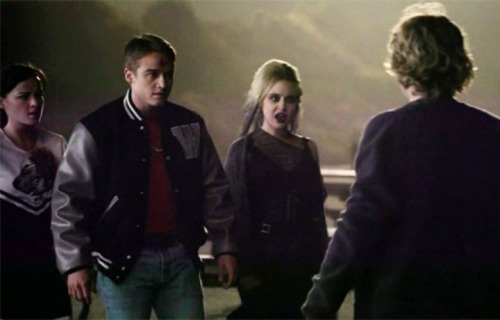 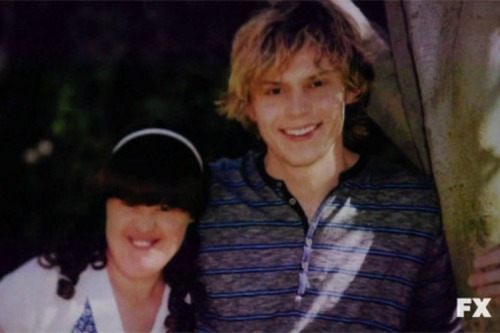 (I’m sure that’s not a surprise since a bunch of you guessed that in the comments.)

Ben tells him he won’t be blackmailed and threatens to kill him if he comes around again. Burned face guy tells Ben he wants to be killed so he can come back and haunt him too. Pretty sure Ben didn’t catch on to that because he doesn’t seem to know that Hayden is a ghost even though he just buried her and built a gazebo on top of her. 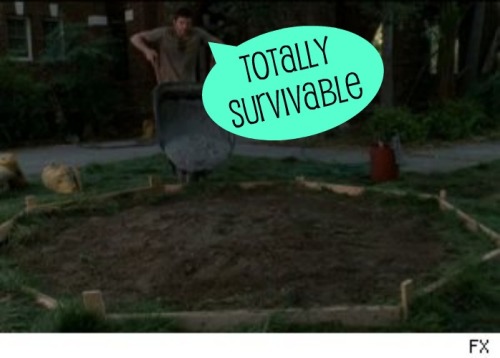 Vivien freaks out that Hayden is in the house, so Ben goes to look for her. He finds her in the basement and she begs him to get back together with her. He says no…and who wouldn’t? Rinse that mouth out, girl.

That’s when the burned face guy hits Ben with a shovel. 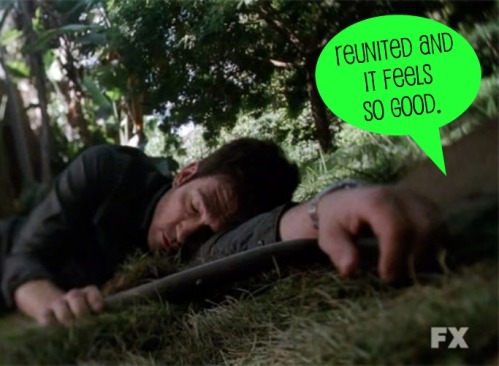 While Ben is unconscious, Hayden confronts Vivien. She’s pissed when she finds out that Vivien is pregnant too and threatens to cut the baby out of her with a shard of glass.

In the meantime, the ghost wife of the abortionist that used to live in the house unties Ben in the basement and tells him to save the baby.

Just when the shit is about to hit the fan, a hot police man shows up because Vivien tripped the silent alarm. He arrests Hayden to take her downtown but first he makes sure to get in a little hot-police-officer-flirting with Vivien.

After Hayden and the police officer leave, Vivien tells Ben to pack his bags.

Meanwhile, all the ghosts are drawn back to the house, including Hayden, because Halloween is over.

Finally, Ben leaves the house with his bags packed.

P.S. I just heard AHS was renewed for Season 2 already. 🙂

Tagged as American Horror Story, I Watch Too Much TV, recap