We had some unexpected houseguests last night. 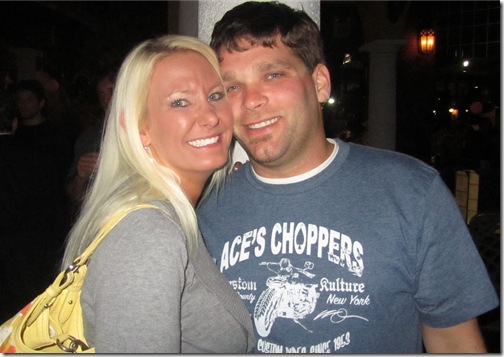 My friend Tiffany and her main squeeze, Jason, showed up on my doorstep needing a home for the night. They decided to hit up the Epcot Food and Wine Festival at the last minute so the hubs and I offered them a place to stay as long as they spent all their extra time paying attention to me.

That thing I’m wearing is called a “jacket.” I’ve heard people talk about these before. They keep you warm during “cool” weather. Something I wouldn’t know anything about. 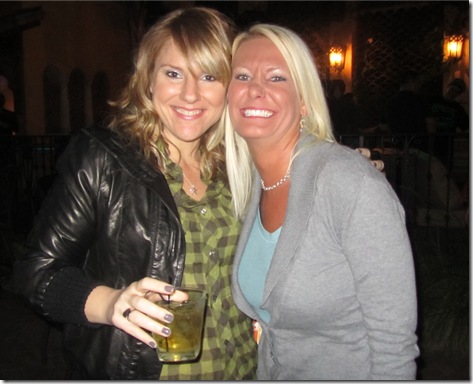 Tiffany and I met 10 years ago when we worked the front desk together at a questionably clean Best Western in Sarasota. Then I moved to Orlando because of another job, and Tiffany and I lost touch.

A little over a year ago, Tiff found me on Facebook, we started chatting again, and she convinced me to sign up for my first half marathon. Before that, I never even thought about running a race. Since then, Tiffany and her cutie pie mom have become me and Michelle’s official race buddies. 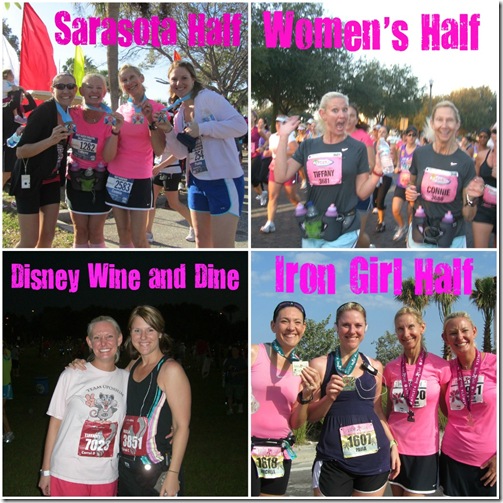 We all went to a few places downtown. Tiff and Jason couldn’t get enough of our sparkling conversation. Couldn’t. get. enough. 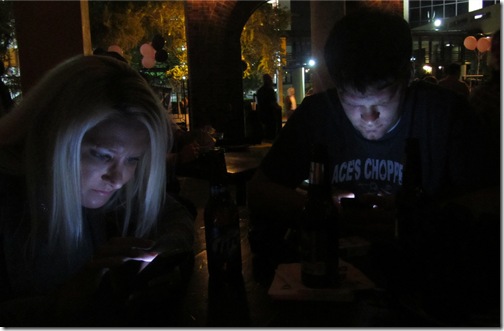 I made sure to buy Tiffany some shots so I would appear more interesting. I think it worked. 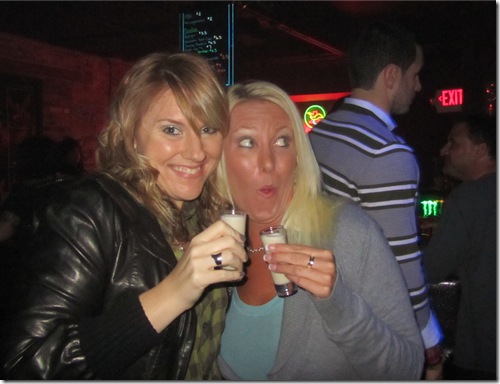 Then I bought myself drinks so I would appear more interesting to myself. That also worked as I found myself to be more and more hilarious as the night went on. 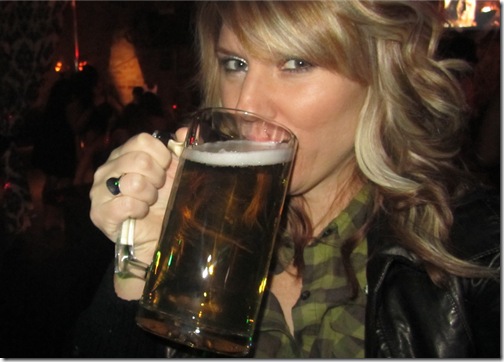 After we closed down the last bar, we got a taxi home. Though, I’m pretty sure it was just some dude’s mini-van because there was no meter.

Once we got home, he told us it would be $30. Hubs told him he’d give him $20 because that’s what we paid the taxi to get downtown and he was totally ok with it. Not sketchy at all.

Now it’s time to get ready for my Sunday night TV bonanza – Once Upon a Time, Dexter, and Walking Dead. 🙂