Fun on a School Night

Last night, hubs and I met up with our friend Joe to see Bassnectar at Hard Rock Live. I bought the tickets for hubs for his birthday, so I guess we’re still celebrating that damn day.

The audience didn’t get probed by an alien spaceship. That’s just the stage set up.

This night marks the momentous occasion in which I didn’t take any pictures of myself or my friends. Those drinks must have been potent. So, instead I’ll show you a few more shots from the concert. 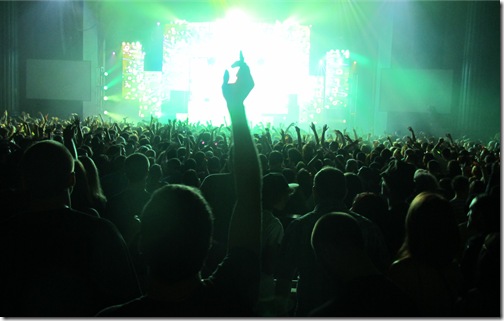 Why are people always putting their hands up right when I take a picture? 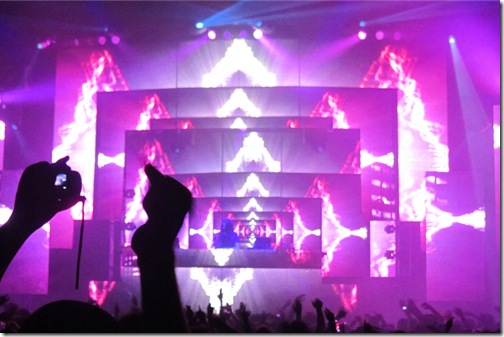 Can you see the DJ? Think Cousin It with more musical talent.

The show was sold out and had some really strict policies: no crowd surfing, no glow sticks, and I wasn’t allowed to have the cap to my water bottle. Good thing too because I was going to turn it into a deadly weapon.

He didn’t play my favorite song (I run to that song ALL the time) which I was really bummed about but the show sounded awesome and we all had a really good time.

What’s your favorite song to run to?

15 responses to “Fun on a School Night”