American Horror Story premiered last night. The show was created by Ryan Murphy, who created Nip/Tuck and Glee. It’s about as far away from Glee as you can get. This show is on the David Lynch scale of weird and even that might be putting it lightly. It’s way too weird for me not to watch again next week. I thought I would recap it for you, mostly because I have nothing better to do.

Dylan McDermott is a husband, father, Psychiatrist, and an owner of a luscious set of abs. Dylan takes care of all the nude shots in this one, ladies.

Connie Britton is his paranoid wife that always thinks her home has intruders when she hears any noise. She also had a miscarriage almost a year ago and is still traumatized by it. 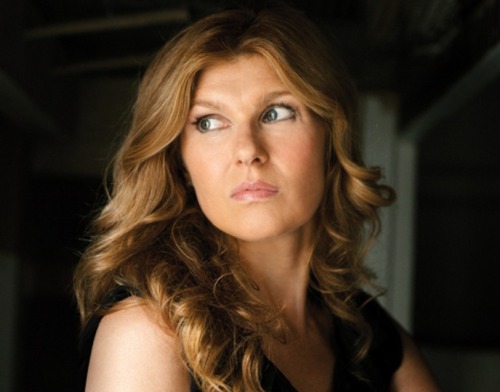 Dylan McDermott’s character cheated on his wife, she caught him in the act, and now she’s even more screwed up than she was when she just had the miscarriage to dwell on.

So, they did what any normal family would do – moved to a creepy new house in the middle of nowhere to try to restart their life. 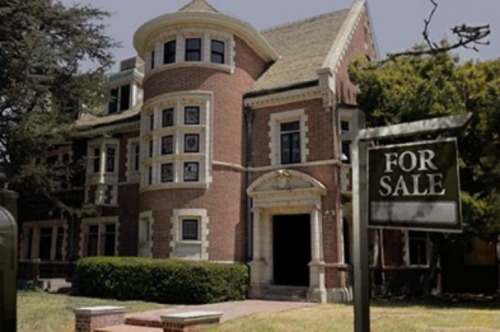 Oh, they also have a daughter that likes to cut herself and an ankle-biting dog that I don’t think will live long. 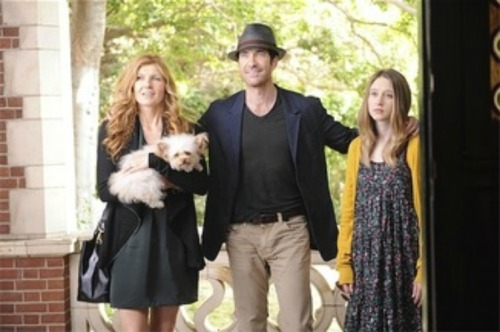 The previous owners of the house are all dead or crazy. The dude from True Blood (who lost all sorts of weight) used to live in the house and warned Dylan McDermott that it was evil while drooling uncontrollably because half of his face is burned off.

A maid shows up out of nowhere and tells the wife that she has been the maid in the house for all the previous owners. It’s the mom from Six Feet Under! She has a creepy eye and isn’t much for pleasantries, but convinced the wife that she needs a maid too. BAM! She’s hired!

However, Dylan McDermott doesn’t see the mom from Six Feet Under like everyone else does. He sees this little hottie who keeps hitting on him and now he’s all tempted to cheat on his wife again.

Dylan McDermott treats patients in his home to spend more time with his family. He treats this whack job that also looks like a demon in strobing lights. His daughter starts to date the whack job, but then rejects him because he’s super creepy, and now he’s super pissed.

Jessica Lange is the next door neighbor. She knows something about the maid that the audience doesn’t know yet. She also knows all about the house and how evil it is. She likes to let herself in the house unannounced and, in general, be a total bitch.

Jessica Lange has a daughter with Down’s Syndrome (?) that is super creepy, likes to tell people they are going to die, and sees all the dead people that were killed in the house previously. She gets blamed for doing things the dead people do, but she deserves it because she is a bitch just like her mother. 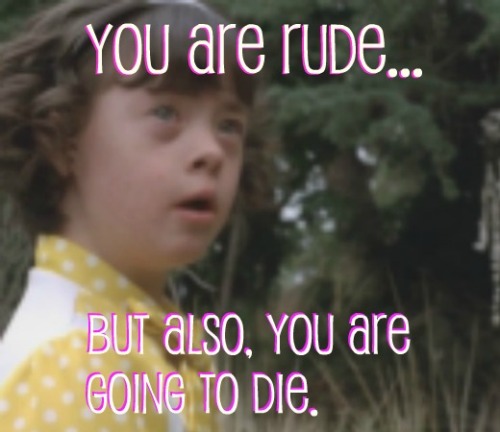 While the family was moving in, they find a leather suit hanging in the attic from one of the previous owners. 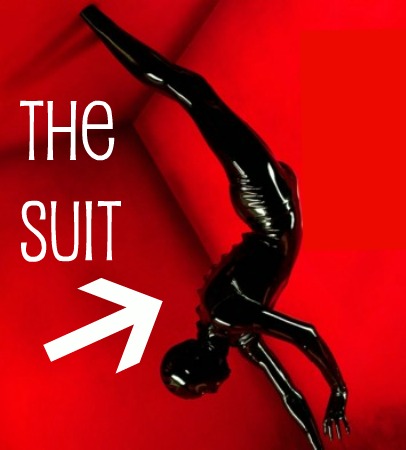 The wife wants Dylan to throw it away, so he does. Then one night, someone in the leather suit shows up in the bedroom, the wife thinks it’s her husband, so she has sex with him.

Did anyone watch it besides this girl? 🙂

Tagged as American Horror Story, I Watch Too Much TV