Alright, so back to the Bahamas. I’ve already talked about our arrival and our spa night. Day 2 of our cruise started with an easy 4 mile run on the treadmill. (The gym on the ship was called ShipShape – how cute is that?)  Before you think I’m crazy to workout on a cruise ship, let me tell you that the gym was packed. We had a little time to kill before we docked at noon, so I spent it in the gym.

Plus, you can’t beat the view from the treadmill. 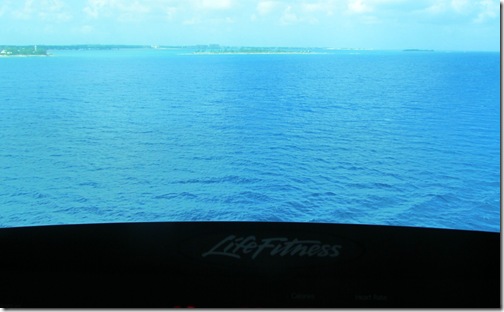 K spent her time “reading.” She didn’t mention that it was the back of her eyelids. 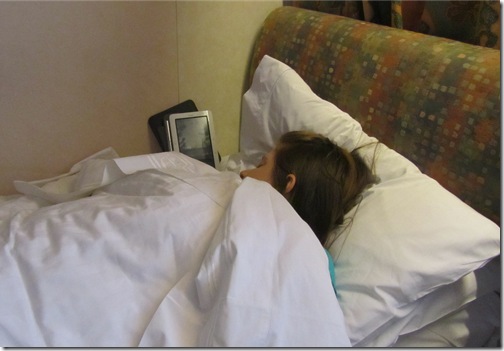 While I was on the treadmill, our ship docked next to the Carnival Freedom. 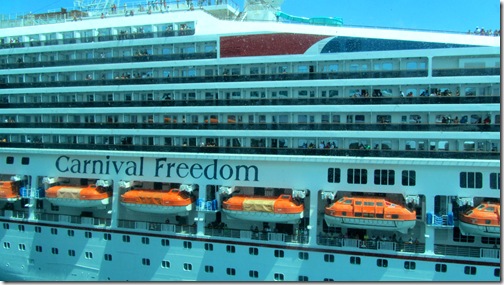 We had a rock climbing wall that was open for like, 2 hours a day. They had a water slide. Why do you flaunt your water slide? 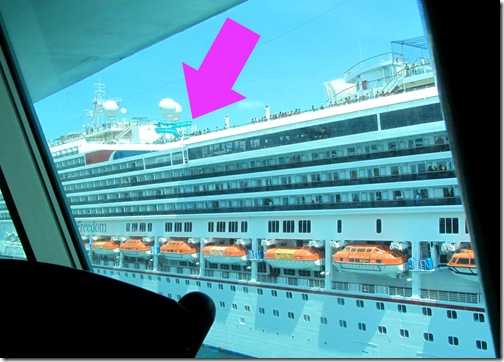 After my run, K and I ate lunch which of course included more soft serve. 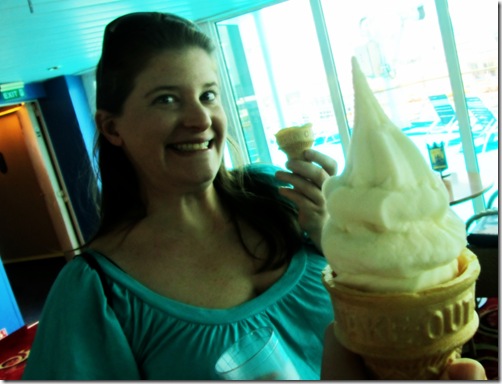 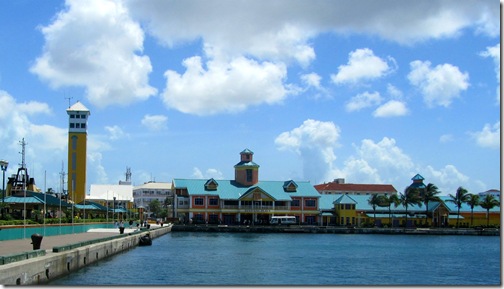 Finding Jay Dee’s was another story.

I called Jay Dee’s before we left Florida and asked how to find them when we get off the ship. A guy told me someone from Jay Dee’s would pick us up and they would be holding a sign that said “Jay Dee’s” so we could find them. We saw some unfavorable reviews online that basically said the company was hard to find, no one had a sign, and no one knew of the company when the people asked around.

The price for the parasailing was great ($65 per person) and the review was from 2 years ago, which we thought was enough time to work out their issues. Not so much. We didn’t see anyone from Jay Dee’s…but we did see some cool tug boats! 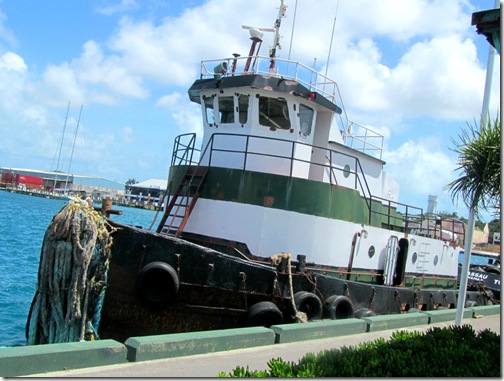 We went to the Visitor’s Center and had a woman there call Jay Dee’s. They didn’t have my reservation. Of course. But Jay Dee’s said they could take us anyway, and that we needed to take a cab to the beach area behind Atlantis, and that they would reimburse us for the fare. Also, they told us that we needed to pay cash for the balance ($97). The guy told me it was written on the reservation (it wasn’t).

We went back to the ship to pick up our 4-page confirmation that did not say anywhere that the balance needed to be paid in cash, and some cash. We walked back to the Visitor’s Center where the woman that helped us before found a cab driver for us and told him that he needed to go to the beach behind Atlantis, find Jay Dee’s, and that they would pay him his fare. (This tidbit did not escape K and I, so we decided not to pay him and let Jay Dee’s do it.)

We got in a hot ass van-cab where I was sweating so profusely that it was like a long run in the summer. I was dripping. There was one couple in the cab with us that told us they had paid $100 per person to parasail. That made us feel better for about 2 seconds until we realized how inconvenienced we were and that we felt like we were filming House of Wax in the back seat. 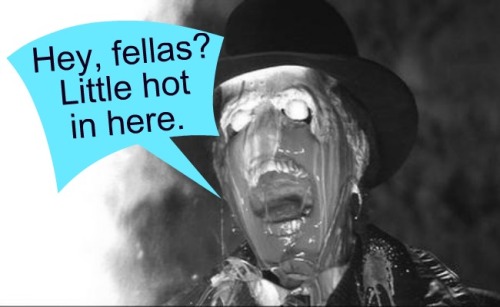 Once we found the guy, he called another guy driving the boat, who came to shore to pick us up. Finally. We were so relieved to find them, I can’t even tell you. We totally thought we were getting boned. 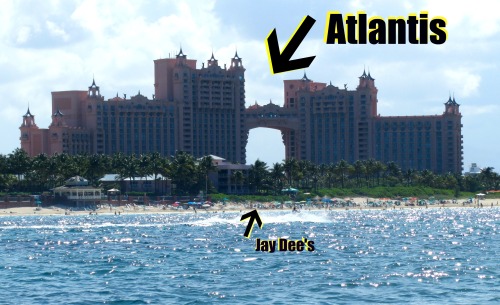 Once we boarded the boat, we were happy. 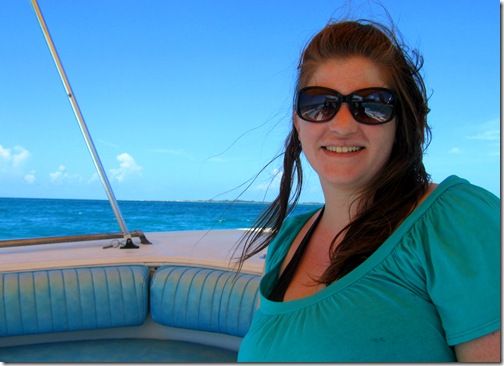 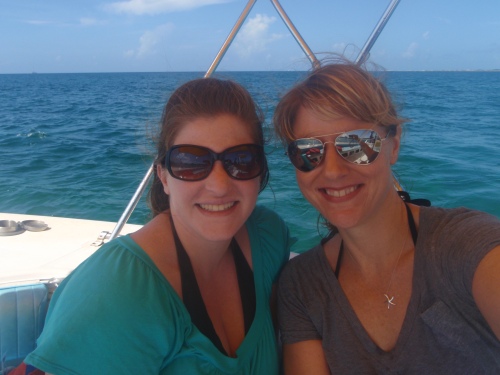 And finally could do our first ever parasailing! 🙂 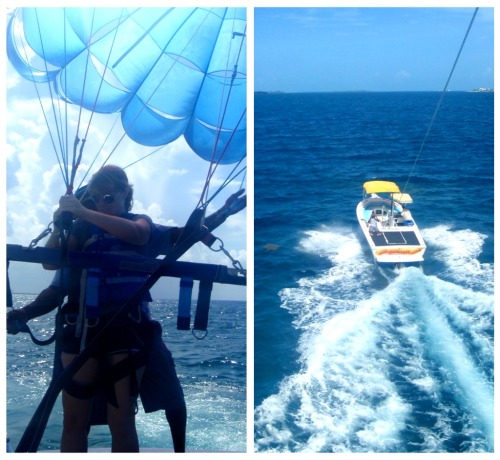 Being up there was really surreal. We thought it would be like some carnival ride, but it was really smooth and you don’t realize you’re as high up as you are. Kinda like being in a hot air balloon, if you’ve ever ridden in one of those. 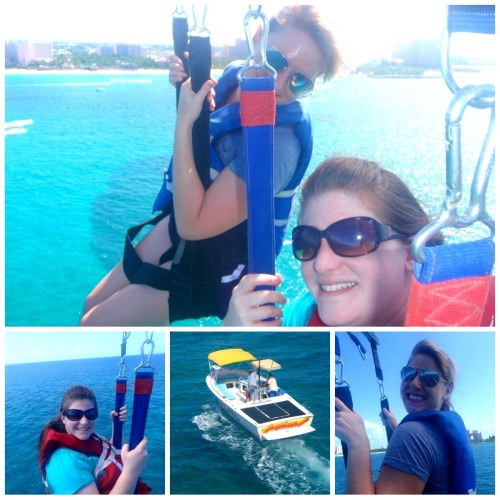 Parasailing above Nassau was beautiful. Very serene. And the breeze was amazing. Especially after that cab ride. 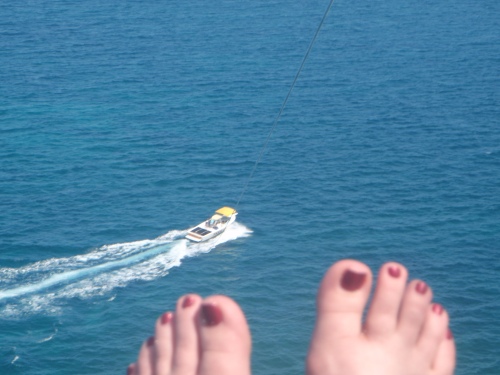 After we were done, the guys “were understaffed” and couldn’t take us back port by boat. So, we got in another hot ass cab to get back to the ship.

Parasailing was completely the highlight of our mini-vacation. But if we could do it again, we would not use Jay Dee’s and would definitely pay more money for the experience not to be a total pain in the ass.

What’s the most daring “sport” you’ve done?  Bungee jumping? Sky diving? (I really want to jet ski some day, but they freak me out. I think it’s the whole wiping out in water thing.)

20 responses to “Nassau and Parasailing”

Leave a Reply to Newlyweds on a Budget Cancel reply