Before I get into the night, let me just clear this up. For anyone who saw my tweet last night, I meant “spelled” not “forked.” For the love of auto correct, I swear I wasn’t drunk…yet.

After work, the bestie met up with the hubs and I at our house. We had a drink while we waited for the cab to arrive to take us downtown. And of course, we took pictures. 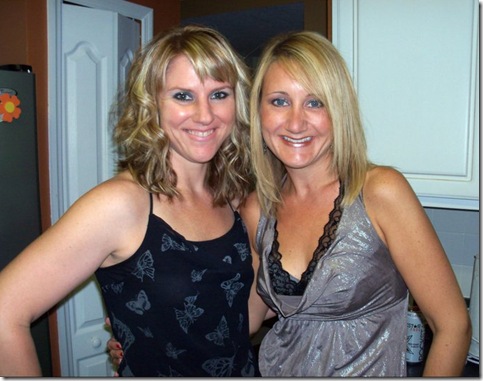 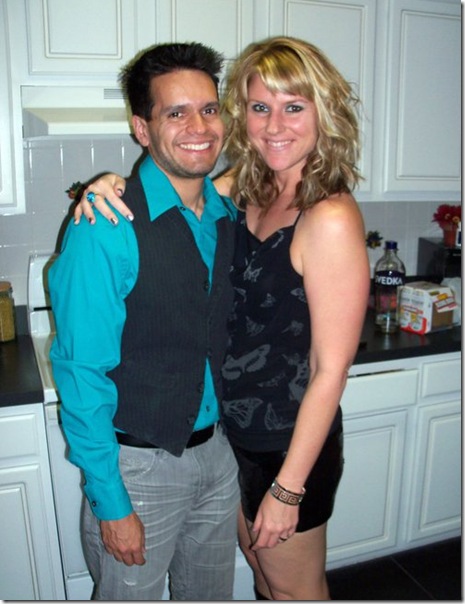 For this concert, we had box seats. I’m not sure if you know anything about box seats, but know this: they feed you and there is free beer and wine. And that right there is what makes them awesome.

The box area was set up with high-top tables and couches and two buffet tables. It looked like a little wine bar. 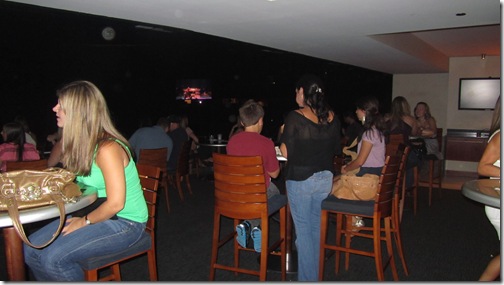 The buffets had make your own chicken and beef tacos, nachos, rice and beans, penne pasta, Cesar salad, garlic bread, antipasto, and some chicken dish. 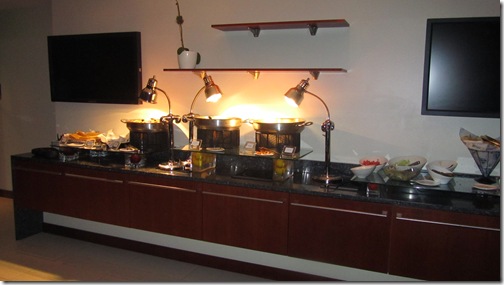 The chicken was AMAZING. Here’s the hubs forking his. (See? I meant forking that time.) 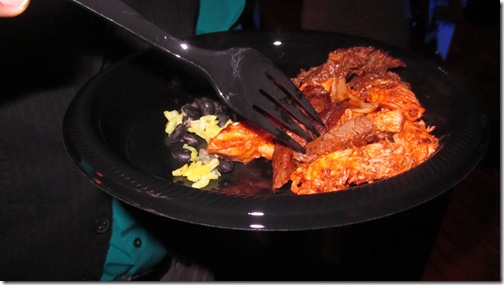 At 8:30, they brought out the desserts – brownies and different varieties of cookies. I showed a brownie and a couple cookies who’s boss. Then we took more gratuitous pictures of ourselves. 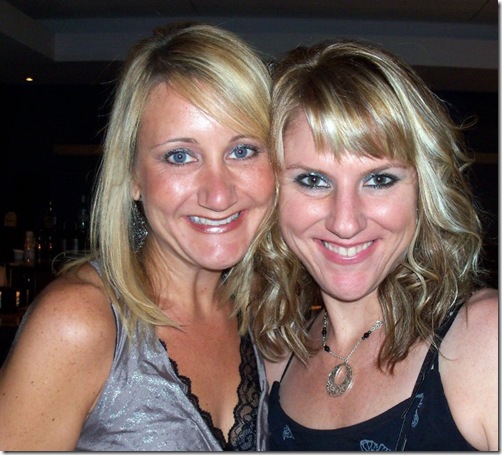 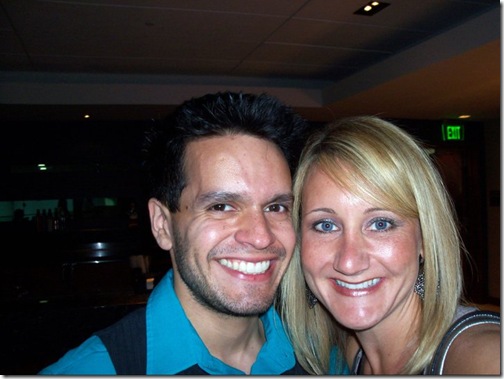 Nikki Manaj opened but just before she came on I got a shot of the crowd from the box area. Cool looking, no? 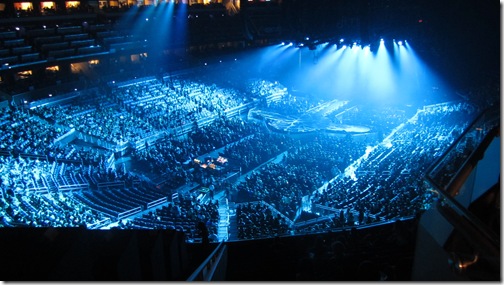 There was another act before Nikki Manaj but I cannot think of the name of the band for the life of me. The only thing that comes to mind is Jessie and the Rippers and I’m pretty sure that’s wrong.

I don’t know one thing about Nikki Manaj, but I thought she was great. I didn’t even know her last song which is apparently her hit that everyone else in the audience knew. 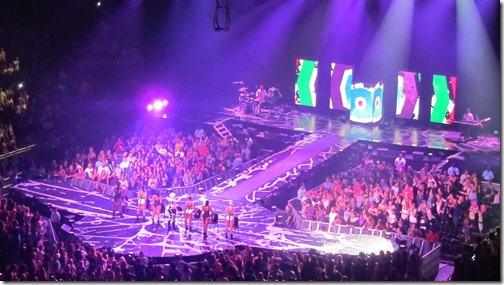 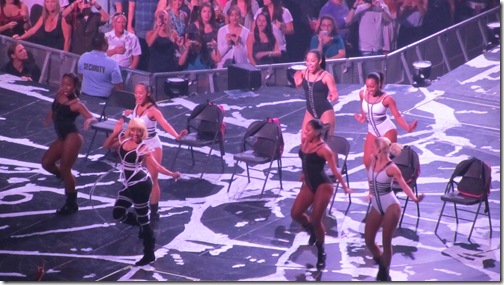 After Nikki finished her set, there was a short intermission. There were screens on either side of the stage showing a countdown to showtime. 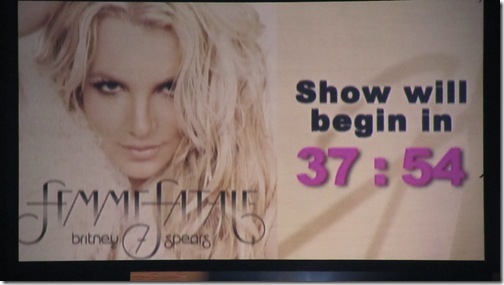 That’s the first time I’ve ever seen that at a concert. Usually a show just starts and you just need to make sure you’re out of the bathroom or any lines on time. So, that was pretty cool.

Britney opened with Hold it Against Me and did most of her hits. 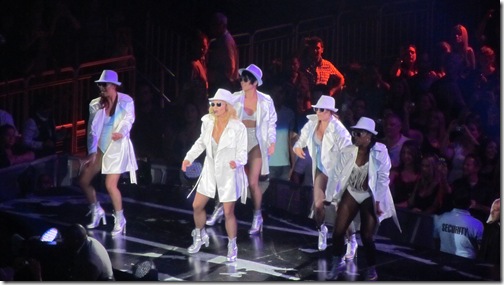 Here’s a few more shots from the concert. 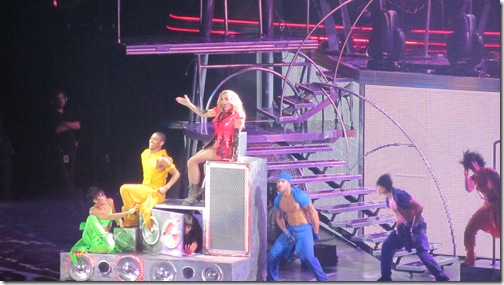 The guy sitting in the middle was brought up from the audience. 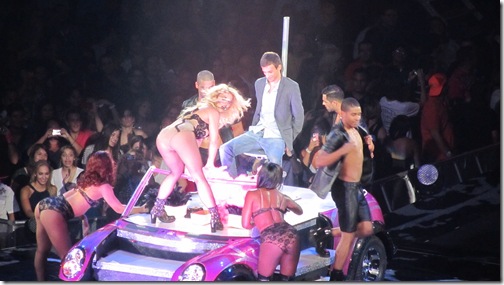 Overall, all three of us were really disappointed with the concert. Hubs and I saw Britney for the In the Zone tour and her show and song selection was so much better. 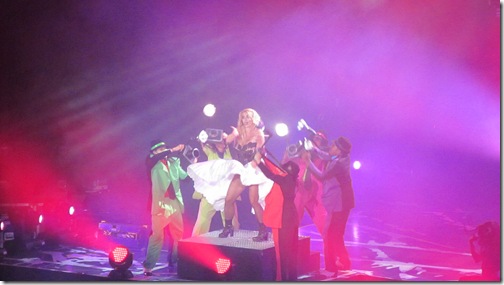 Also, one of the things I didn’t like was that she shortened about 5 of her songs. So she would start playing My Prerogative or Piece of Me, but she would only do about 30 seconds of the song and then start singing something else. And of course, they were all songs I wanted to hear. 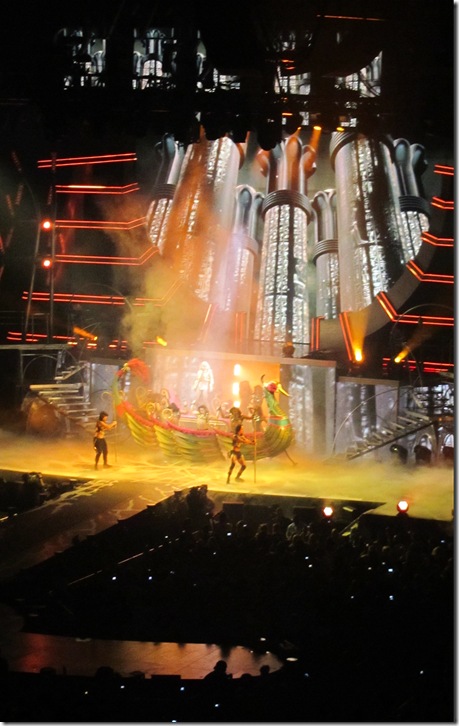 She played a handful of crappy songs from her new album. She also did S&M from Rihanna. I’m thinking if you can’t even finish your own songs, you probably shouldn’t do someone else’s. Also, she didn’t do Circus which was a major bummer for me. 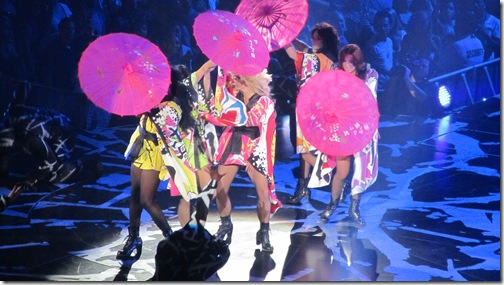 Her last song was Till the End of the World. She did the remix version with Nikki Manaj and Nikki didn’t even come on stage. They just played a video of her singing in the background. Um…didn’t she JUST open for you? Least you can do is get her ass on stage.

The show ended with a bunch of confetti which always looks awesome from afar. 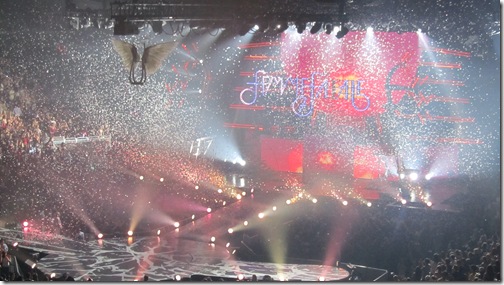 I know it seems like I’m hating on this concert a lot, but I did have a lot of fun and I’m glad I went. I also enjoyed her songs and show. I was just disappointed. The bar was set really high after her last concert and after Katy Perry, Lady Gaga, and Ke$ha (twice!) pretty much blew us away.

After the concert, we went to Ember downtown for a short time. 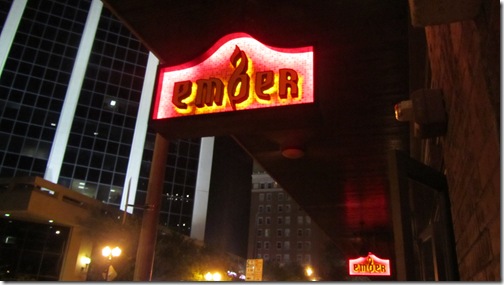 We got a hummus platter and some beef skewer appetizer and both sucked. So we consoled ourselves with alcohol and more pictures. 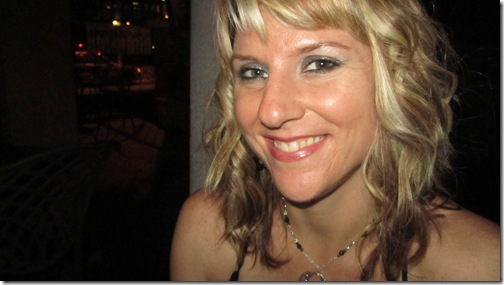 If anyone is interested in how to make your head look three times larger than your husband’s and best friend’s head put together, I have the answer. 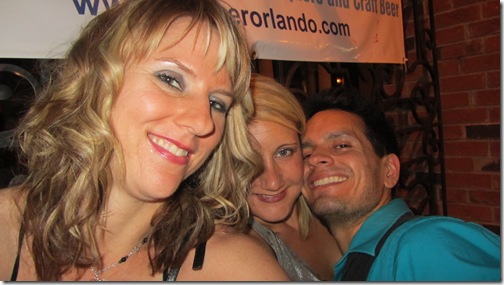 If you want to see more Britney pictures, I’ll be putting them up on the blog’s Facebook page sometime today. So stop on by!

Now I need to decide if I have enough time to get my training run in before my dermatologist appointment. I have another chemical peel today in an effort to make myself look 20 again.

What’s your favorite skin care product you use? (I need to look younger, give me your secrets!)