How To Sit on the Couch and Avoid People

Let’s start with a little workout talk. On Monday, I swam for the first time. I’m talking about swimming as a workout, not for fun. Note the difference: 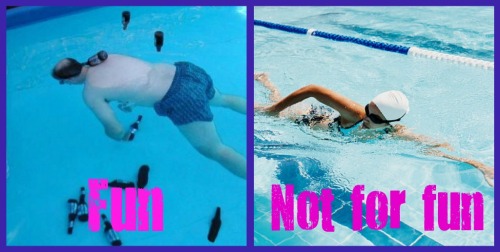 Hubs devised some crazy workout where one of us would swim laps while the other was doing lunges, push-ups, abdominal, and back exercises. Let’s just say neither of us could get through the whole workout because it was hard. But I did end up doing somewhere around 85 laps in the pool and 250 lunges (not in the pool).

That workout was harder than I gave it credit for. Basically, if I’m not sweating like Kirstie Alley in a buffet line, I don’t think I worked that hard. But I was sweating after I got out of the shower and that only happens after a hard run if I don’t cool down first.

Yesterday was a double workout. I was too tired from staying up late on Monday, so instead of breaking up the workouts in the morning and evening, I did them both in the evening. Martial arts cardio class first and then my first (ever!) incline run on the treadmill. It was 5 sets of this:

After the first 2 incline runs, I had to walk for about a minute or two to catch my breath. I don’t even know if this is a correct hill training workout for the treadmill, but unless I want to run up a landfill, I’m not going to find any hills near me in Orlando.

Does anyone else do incline runs on the treadmill? Hook a sista up with the details if you do because I have no clue what I’m doing.

So, I have a new addiction thanks to my friend, Ale. Everyone was telling me that True Blood episodes are On Demand and I thought, why would I pay for an On Demand HBO show when I already have HBO?

All of the movies and shows currently playing on HBO can be played at anytime just like regular On Demand. 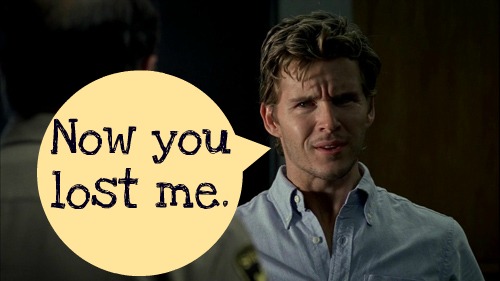 It’s ok to be dumb when you’re pretty.

It’s not like I don’t already have a regular TV addiction, so I can just add HBO On Demand to the pile of things I do that prevent me from interacting with people in real life.

After watching the second episode of True Blood, Hubs and I stayed up way too late watching this:

The movie got decent reviews when it came out but I thought it was just ok. It’s a moral dilemma movie. Not scary, just weird in parts.

By the way, when you’re telling people about this movie on instant messenger, you don’t want to mistype and tell them that you and your husband watched “Spice” all night.

Tagged as HBO On Demand, Running, Swimming, Working out