Last night, a bunch of us went to see Ke$ha at the House of Blues in Downtown Disney. Before I tell you about the night, just know that there is no way in hell that I wasn’t going to take advantage of taking this picture.

I don’t have a sticker on my shirt. That’s on the mirror.

Lisa, Becky, and Pete met up with the hubs and I at our house a little after 5:00 where we saved some money by having one or five pre-concert drinks.

Hubs decided it would be fun to rent a limo for the night and make sure our neighbors knew we were high rollers and meant business. Our lawn may  not be mowed and our fence door is hanging off it’s hinges, but we ride in limos. Take that HOA.

The limo was really nice. Plus, limos ensure we don’t interrupt the constant flow of alcohol.

On an interesting side note, the limo company told the hubs not to drink out of this bottle because they don’t know where it’s been.

There was some sort of clear liquid in it with suspicious looking floaty things. I didn’t drink it. I sniffed it, of course. You get told not to drink something and you at least sniff it.

The limo ride down was FUN. We had drinks, jammed to music, and I got my drunk tweet on.

Pete and the hubs are trying to figure out how to hook up the iPod in the back. 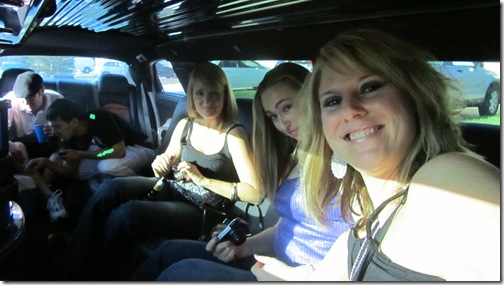 When we arrived at Downtown Disney a little after 7:00 and quickly found some spots to stand inside House of Blues and got more drinks.

Beer out of a can. The only thing that could make these better is if they were served in paper bags.

To say this guy was weird and a major creepster would be the understatement of the century.

I was blown away when the whole crowd was actually singing one of his songs. 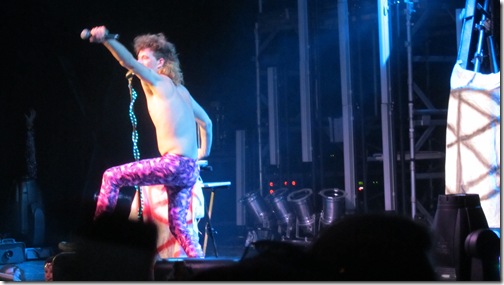 We were confused. WHO ARE YOU BEARDO?

After the concert was over, Beardo was hanging out in the crowd hitting on teenage girls, taking pictures with them, nuzzling their necks, and giving them glitter condoms.

Then some cross-dressing lady-man came out of nowhere and Hubs hilariously photo-bombed them. 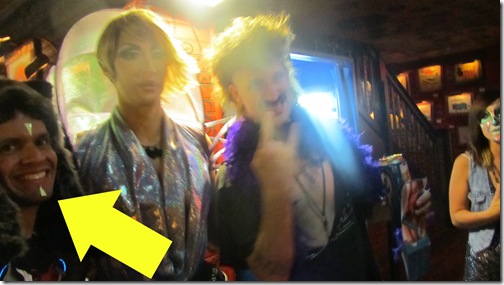 Beardo didn’t play long. Thank God. And then Ke$ha came on and all was right with the world.

She sang “Dirty Picture” (her song with Taio Cruz) and we were all pretty shocked she sang that one. 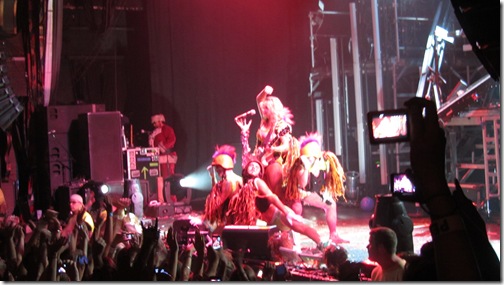 I really only wanted to take a couple pictures, put my camera away, and enjoy the concert but it was SO hard to get a good picture. That girl does not stand still on stage and there were so many taller people in front of me that a lot of them came out blurry. 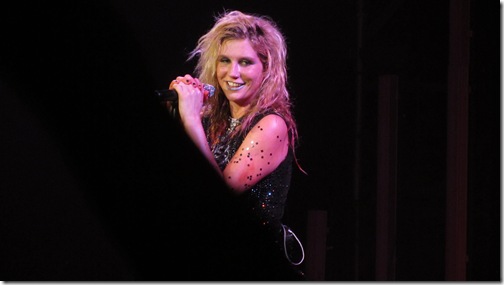 Ke$ha was awesome. The show was sold out and I wish I had tickets to see her second show at House of Blues tonight because I would totally go a second night in a row.

I found this picture of her on Wikipedia that I thought was awesome and just wanted to share.

After the concert, we met up with Pete (he didn’t go to the show but hung out for the limo ride and chilled in Downtown Disney while we were in House of Blues.)

Who’s awesome at taking pictures of 5 people by just holding out her arm? I am!(Oh, and that’s glow in the dark tape on the hub’s face.) 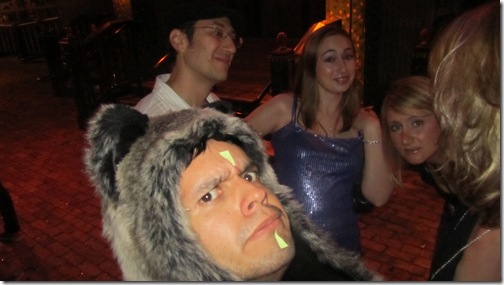 We got back in the limo and went to Ember downtown. We didn’t stay long but we did get some food. I want to rub their empanadas all over my body. They’re that good.

I stopped taking pictures once we got to Ember because my ass was beat tired.

After Ember, we came home. Lisa, Pete, and the hubs went for a dip in the pool while Becky and I stayed dry because we are sane people.

Overall, that was one of the most fun concerts I’ve been to. I love me some Ke$ha and all the haters can suck it.

Who do you love that you get crap about?

13 responses to “Ke$ha for President!”