I’m gonna do what I do best in this post: talk about so many random things you won’t know what you just read after your done. And you’ll be tired. Very tired. 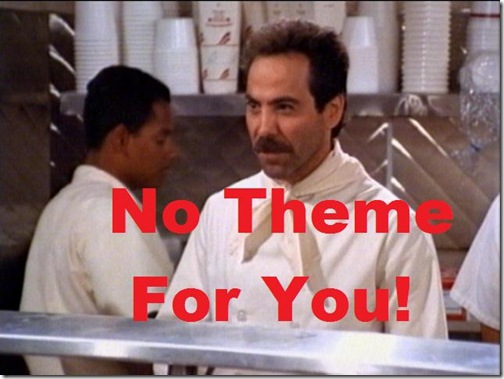 I bought Suave Kids shampoo the other day based solely on the fact that it smells like strawberries. I get distracted by shiny things too. 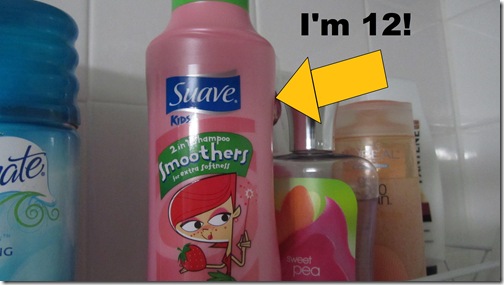 I really thought I was going to lose a toenail after the Sarasota Half Marathon on Sunday. My toenail, that was already close to black from the Gasparilla Half, has been feeling pretty tender.

I’ve been avoiding taking my toenail polish off to see the damage because ignorance is bliss in my world. So today, I thought I would take a quick peek – and then instantly cover it back up with nail polish again.

Um. The bruise is gone. What the crap? It hurts NOW that there’s no bruise? I do not understand the world of toes. Maybe one day I will know what they are thinking. 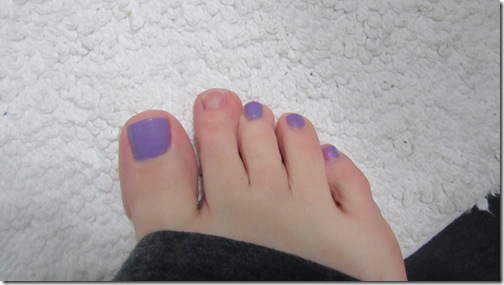 Way too many pictures of my toes on this blog.

While we’re on the topic of running, I decided NOT to run the San Diego Rock n Roll this year. I was going to use it as an excuse to visit my family but I think I’d rather still visit them and not run a race. Maybe next year. Instead, I’ll definitely do the Clearwater Iron Girl Half Marathon next month, which I need to sign up for before I forget.

I love Futurama – and that it’s back with new episodes on Comedy Central. That reminds me that I haven’t done a TV Tuesday in awhile, which is sad. Probably more for me than for you. 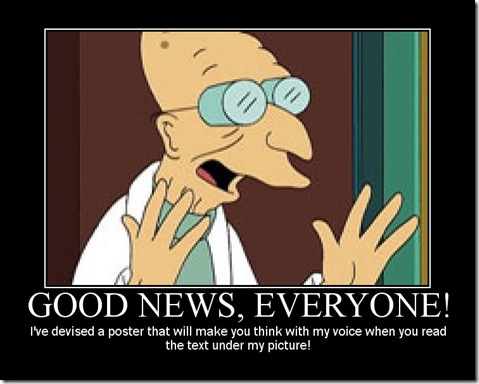 And I just might be nerdy enough to have most of the characters displayed above my computer at home. 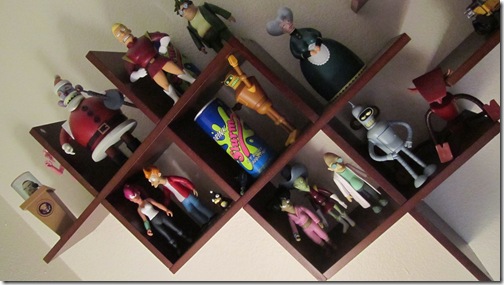 Last but not least, I’m not a big fan of Michelle Trachtenberg – ever since she showed up as Buffy’s sister on Buffy the Vampire Slayer. Hi, I’m Paula. I like to judge celebrities based solely on their characters and not on their real personas. I think she’s on Gossip Girl right now, which I don’t watch. 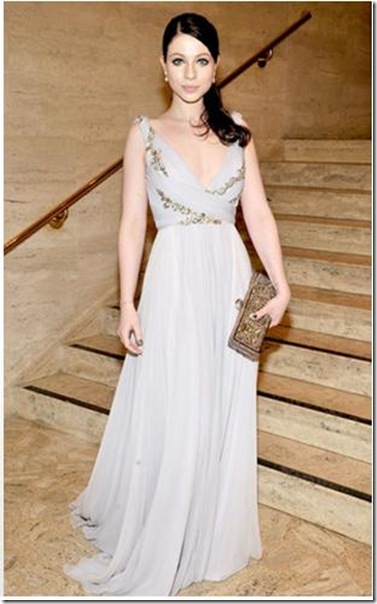 Now without looking back at this post, wait 5 minutes, and then tell me something I said in it. Go!