The Road to Warrior Dash

So…at the last minute (literally), I decided to dress up for the Warrior Dash.

And yes, I did have this laying around in my closet.

The Warrior Dash takes place in Lake Wales, which is about an hour and 45 minutes away from where the hubs and I live in East Orlando. We left shortly after noon and headed over.

On the drive there we made a couple stops. One for a waterproof, disposable camera at CVS. (When we walked in, the hubs heard one of the employees say, “There’s another one.”)

We made another stop at Burger King.

Man. That is a horrific picture of me. I did debate not putting it in this post. Still am…

We were making good time and knew we were close when we got here:

But then we ran into this:

I took us a good 30-40 minutes to go the last 2 miles of the drive, which killed all the extra time we had factored into the trip.

We finally arrived and picked up our packets, which was fairly easy considering this looks like a cluster.

Hubs had to sign a race waiver, but they didn’t make me sign one. My guy was apparently doing his job well. Every time I asked him a question, he looked dumbfounded and said, “I don’t know.” Perhaps he was mesmerized by my German beer wench costume.

(Side note: See the guy standing to the left of the packet pick-up sign in the sumo suit? He was running with us most of the time and it was hilarious how his sumo diaper looked all soiled once we got into the dirt.)

We headed out to get to the race start. Check out that PERFECT weather. Not too hot. Not too cold. Once a year whether we need it or not, right Florida? 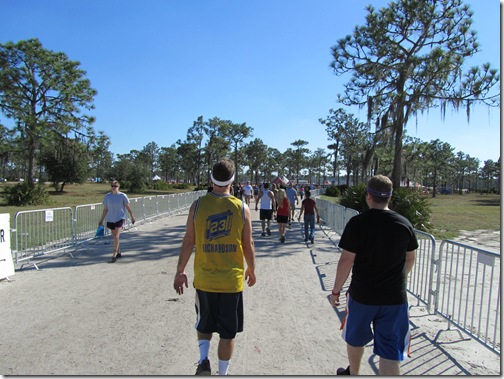 Hubs got a lot of people pretending to speak in Chinese when he walked by. And one guy said he was having flashbacks to Nam during the race.

The Warrior Dash goes in half hour waves from 8:00 am to 4:00 pm. Our wave probably had about 300 people in it to give you an idea of how big this race is.

Because of the traffic, we missed our 3:00pm wave. So, we got into the 3:30 wave. I’m not sure if we were supposed to do that or not, but no one was checking wave times.

I kissed my Sketchers (that I hate) goodbye and we were off. 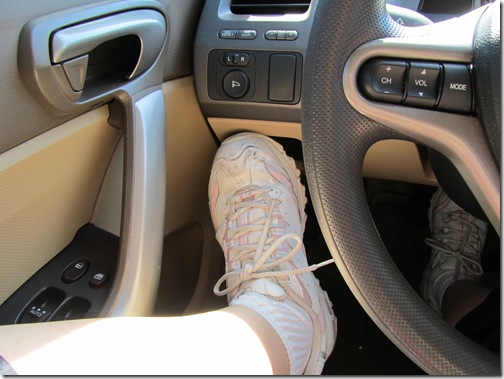 I’ll have a race review for you in the next post hopefully.

I need to get my disposable camera pictures developed first so you can see the action.

7 responses to “The Road to Warrior Dash”