I’d like to start off by saying that today it is colder in Orlando than it is in NYC or Boston. We live in crazy times. Dogs and cats living together…mass hysteria!


Anyway, last night I went to the Paramore concert at House of Blues Orlando with my two favorite people, the Hubs and the Bestie. The show started at 5, and there were a bevy of craptastic opening bands, so of course we didn’t arrive until after 7:30. The show was sold out, so arriving late wasn’t a good strategy for getting a good spot to stand. So we decided to stand by the bar – in case we felt weak and needed an emergency beer.


You ever get a beer so big it doesn’t fit in one cup? Me either. Until last night.

﻿
The concert started a little after 8 and it was a pretty short set for a headliner. This was the first concert I have ever been to at HOB that I didn’t get a full pat-down and purse search. Seriously disappointing because I would have brought my camera. But instead, you get cell phone pics.
﻿﻿


In Paramore’s case, it’s “The Only Exception.” However, everyone did whip out their lighters and cell phones for the song so the crowd looked awesome.

Luckily they played all the other goodies I love, like “Decode,” “Misery Business,” and “CrushCrushCrush.” 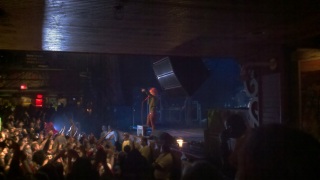 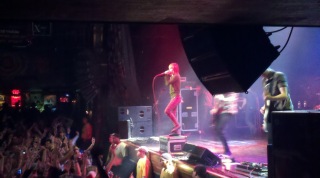 They were great even though they didn’t play long and there was no encore. Show was over by 9:30. After the show, we headed over to Bongos for more emergency hydration.

We ordered one meal to share. One meal. Three forks. And I’m not kidding. That’s how we ordered it. The food was AMAZING. I would have gotten a picture of it, but if you put your fork down for a second around those two, you are out of luck.


I did manage to get a picture of the seats which were…Bongos!

After Bongos, we went home. Listened to enough Ke$ha on the ride home to drive the most devoted Emo to the edge of insanity. 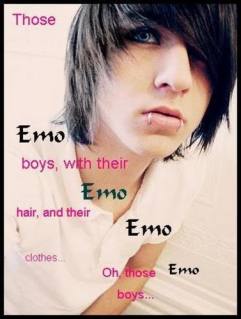 Got home after midnight and even stayed up to watch the season finale of Dexter. Sure I could have watched that tonight instead, but that’s 12 more tortorous hours without Dexter that I didn’t want to live through.